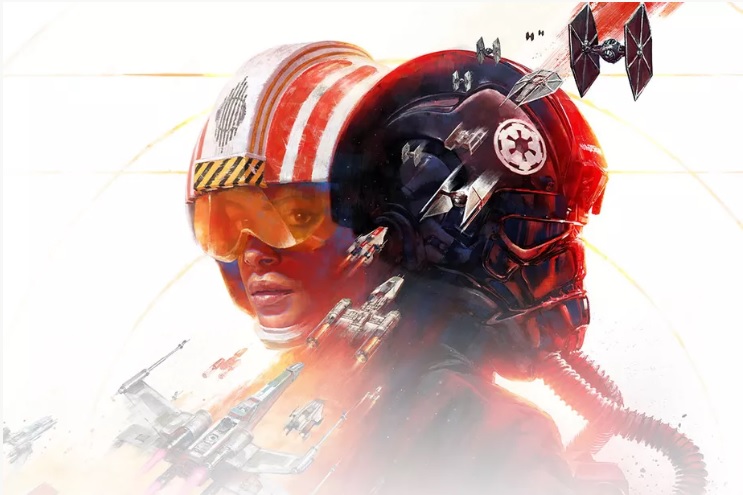 Enter Star Wars: Project Maverick. This is the code name for the leaked Star Wars game that has everyone’s curiosity piqued. We want to know what it is and what kind of game to expect. Information is lacking on this project. All we have is the code name Maverick and artwork of a lone Imperial Star Destroyer facing against a squadron of X-Wings.

The Need For Speed

One of my favorite Star Wars games ever was Star Wars: Rogue Leader – Rogue Squadron II. That is a long title for a game! The game was released for the GameCube back in 2003, and to this day I still enjoy playing it. In the game, players can fly missions as part of the Rebel Alliance in an effort to take down the tyrannical Empire. Players were able to fly a variety of different starfighters, including the iconic X-Wing, TIE Fighters, and even the Millennium Falcon! Furthermore, missions included several epic battles from the original Star Wars movie trilogy.

The Star Wars Battlefront games produced by EA attempted to give us some of that, but they failed to capture the true epicness of space combat. Nearly every Star Wars fan has dreamed of being a pilot of some kind. Personally, I always wanted to fly an X-Wing, or even the Naboo N-1 Starfighter. However, I was sorely disappointed by EA’s lackluster Battlefront games. Even the original Battlefront games by LucasArts had better space combat than the EA releases.

Our love of Star Wars flight simulator games dates all the way back to 1994 when Star Wars: TIE Fighter was released for the PC. We need a good starfighter game today. Lightsabers are cool, but nothing beats the thrill of piloting a starship into battle. Project Maverick needs to be a starfighter game. The code name Maverick could be a call back to the movie Top Gun. If this is true, then it could be an indicator that a starfighter game is in our near future.

It’s Time For the Big One

To further solidify this theory, a new game title was leaked on Friday. The title Star Wars: Squadrons was revealed through a piece of artwork on Xbox.com. The artwork depicts a Rebel pilot and an Imperial TIE pilot standing back to back. Flying across the poster are two squadrons of starfighters. X-wings, A-Wings, Y-wings, and a variety of TIE fighters appear to be ready to clash in a glorious dogfight.

EA has a chance to redeem themselves. If this new Squadrons game is indeed the previously leaked Project Maverick, then many Star Wars fans should be ecstatic. Of course, one should also be cautiously optimistic. EA has let us down too many times in the past with their dull Star Wars games and forced microtransactions.

EA officially announces Star Wars: Squadrons on June 15 at 8am PDT, so mark your calendars. I am looking forward to this reveal, and I hope you are too! Let us know in the comments what you think Project Maverick could be. Be sure to follow us on Facebook and Twitter for more Star Wars related news!