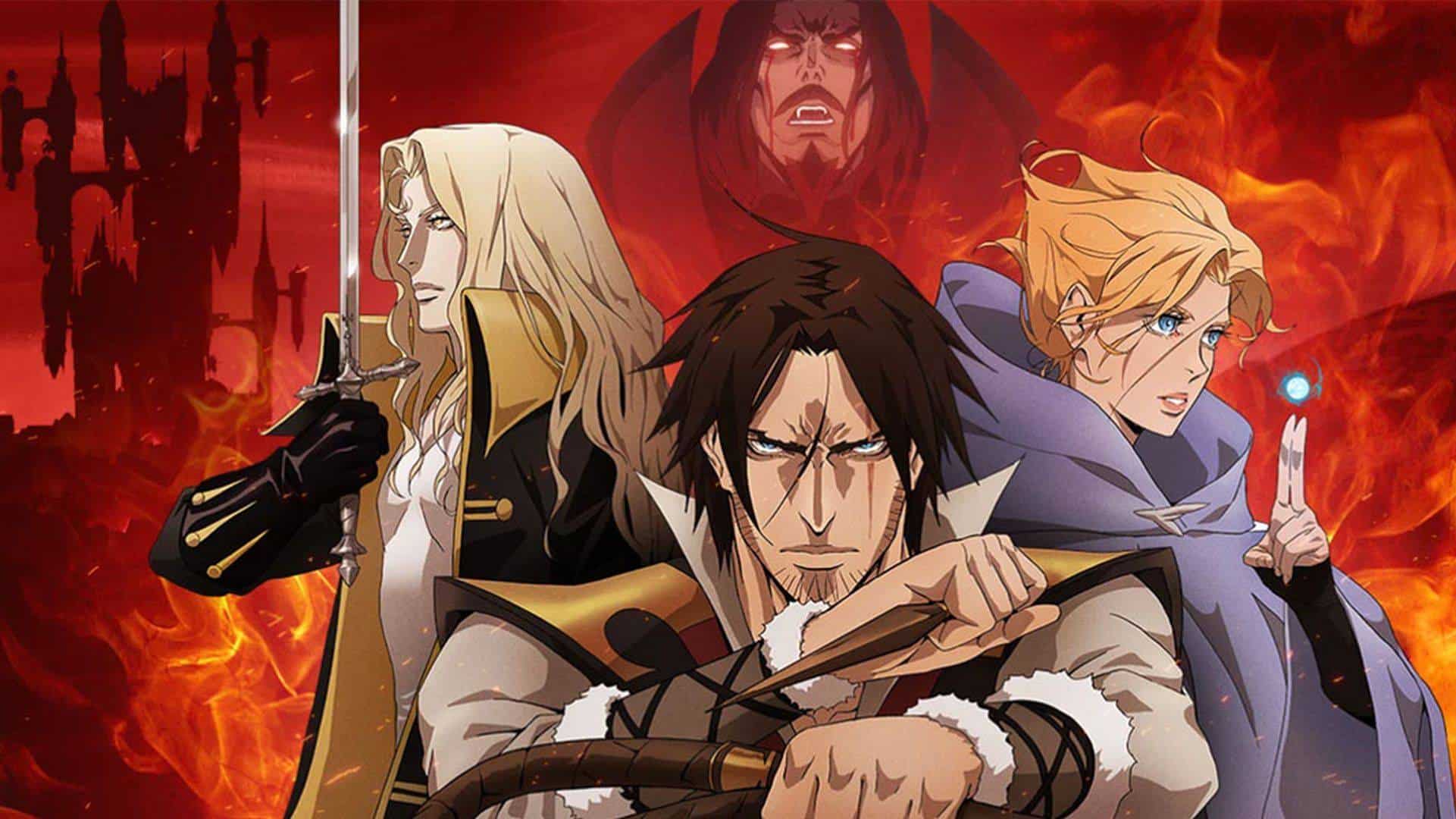 Netflix’s Castlevania adaptation is probably the best game-to-film adaptation ever made.

There. I said it.

Granted, it was not a movie, nor did it make it into theaters. However, this series could blow any video game movie out of the water. Combining excellent storytelling and some of the greatest animation I’ve ever seen, Castlevania is a show that everyone can sink their teeth into.

I say this show is for everyone, but you really should not let the little ones watch it. As with most vampire stories (except Twilight), there is plenty of horror and bloodshed to behold. One expects nothing less when Dracula’s wrath is incurred. I love stories that blur the line of morality, and this show does just that. Within the first episode, I found myself rooting for our beloved vampire lord and hating humanity.

The first season is extremely short, having only four episodes. These four episodes act as a drawn-out prologue to the rest of the series and introduce us to our main protagonists. Trevor Belmont is the last of a renowned line of monster hunters. Sypha Belnades is a Speaker magician with powerful magic. Alucard Tepes is the son of Dracula. This unlikely trio comes together to try to stop Dracula’s bloodthirsty rampage against humans.

What makes it so good?

This series has a lot going for it. It draws in older Castlevania fans in title alone and pulls in new fans with its exciting story. Whether you played the Castlevania games or not, the series has something for everyone. Stunning animation and excellent fight scenes keep the action alive. The series showcases a number of your favorite monster-hunting weapons. If previous movies couldn’t convince you that everyone should carry a whip, this show will certainly succeed. The whip and Morning Star make our Belmont a force to be reckoned with in almost every fight.

The banter in this series is hilarious. Trevor and Alucard fight right off the bat and working together brings out their “love” for each other. Sypha lightens the mood with constant jests at Trevor’s expense. The villains have their own level of banter, and it just works. The dialogue is smooth and invokes an array of emotions throughout the series.

If you require representation, this series has enough for everyone. Strong, female characters? Check. Lesbian vampires? Check! Diversity? Multiple checks! Surprisingly, the representation isn’t forced and flows naturally with the story.

Finally, the soundtrack is simply epic. Fans of Dragon Age: Inquisition might recognize Trevor Morris’ beautiful handiwork here. The music of any game or movie is always important to me, and Morris does not disappoint.

If you don’t like seeing guts splattered across the ground, this series might not be for you. There is a generous helping of blood and gore in nearly every episode. The series also does not shy away from vulgarity, especially against the church. Snowflakes beware, there is plenty to get “offended” about in this series. Yet, I think it all works to set the tone. Blood comes with the territory, and the church is their mortal enemy (pun intended). Of course, the church will receive the brunt of hate from many of the characters.

By the time I finished the third season, I had only one question: When are we getting the next season? Netflix has renewed Castlevania for a fourth season, though a release date is not yet confirmed. Given the pattern of past release dates for the series, we can probably expect a Summer 2021 release. As for what to expect in the series, one can only guess. The third season ends with a couple strong cliffhangers and really anything could happen now. Only time will tell.

Castlevania sits as one of the best animated series I’ve seen. In fact, I put it right up there with Teen Titans and Avatar: the Last Airbender. If you enjoy Castlevania or even just love vampires and vampire hunters, this series is for you. Go check it out now, then head over to Facebook or Twitter and let me know what you think!

And as always, stay geeky my friends!