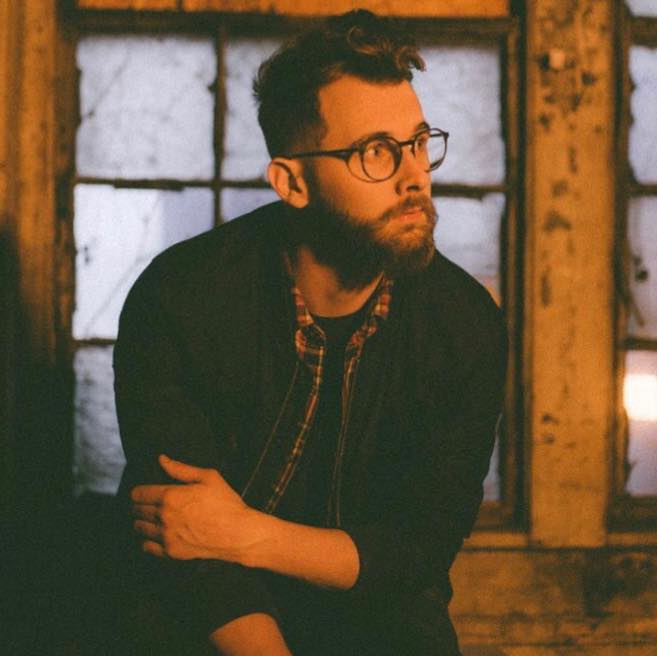 Hi there fellow geeks! Recently I had the opportunity to interview Tyler Banks of the wonderfully successful “Chatter Squadron” podcast. It was really fun learning about him and what he does.

Me: What started your interest in geeky things?

Tyler: I was raised in a household with two much older brothers. So before I could remember, we were watching things like Star Wars and Godzilla. playing Playstation, and computer games as well as having epic Lord of the Rings style battles in our backyard. I was born a geek!

Tyler: Star Wars is the biggest by far! As I grew up I began to find my own interests. Pokemon took over my mind as a young kid. Power Rangers took over my body. Avatar The Last Airbender is the one that stole my heart. I even just named my new kitten “Toph”… But there’s too many fandoms to count at this point.

Me: How did that transition into a podcast?

Tyler: I was first brought on to write articles for the website of the YouTuber “Star Wars Theory”. Which led to me becoming an admin on the Facebook page “Star Wars News”. In an effort to get my thoughts about Star Wars out there, I started the podcast “Chatter Squadron” with two of my closest friends. They had a long running comedy podcast at the time, and so I knew they were the right guys to go to!

Me: What’s your take on the current state of the Star Wars fanbase?

Tyler: We are in a transition period. The Disney buyout, as well as the Sequel trilogy, really polarized some fans. Now that we have all seen The Rise of Skywalker, most of us are just looking for what’s next. We have Clone Wars finishing, as well as The Mandalorian returning, and those are two big fan favorites that can help unite some of us. I love so much of what the Disney Era has brought us, but I can understand how it wouldn’t work for some other fans. I hope as we move forward, the toxicity I’ve seen can slow down, and when new content comes out, we respect people for their opinions on it.

Me: I totally agree with you there and I have to admit that I’m enjoying Marvel doing the comics. For those thinking about creating content, how much time is required to do it well on average?

Tyler: It’s difficult to put a set amount of time on it, because you sort of always have to be doing it. I’ve been doing the podcast for 2 and half years now, and before that I ran a Magic the Gathering YouTube channel. I shot music videos and did band interviews. I was in a band myself as well! When you are enjoying what you create on a regular basis, your brain will guide you back there. Something will happen in normal life that will make you say “I could make a video about this” and then you do. When I do notes for the podcast, it could take anywhere from 1 to 6 hours. When I promote the content we make, it could be something I do over and over again all week. When you enjoy doing it, that is what pushes you along… just don’t get burnt out… take a nap every once and a while.

Me: With the video that you sent me, is that your way of contributing to what’s going on in the world right now?

Tyler: ‘The BEST Social Distancing Method: NERD’ video Chatter Squadron recently produced was our way of bringing some fandom, and laughs into this awful situation we are all in. That came from a conversation with my brother Jim who mentioned someone we knew having a stick to keep people away from them. That took be down the rabbit hole of lightsabers, and being a nerd. Loving the things I have for most of my life has shown me exactly how people view fandoms. When I started playing Pokemon, no one on the playground came around me and my friends. I was made fun of as a kid for fighting imaginary droids in my yard with my light saber. This latest video was our way of saying “You merely adopted the social distancing, I was born in it.”

Me: So how did you come up with the name Chatter Squadron?

Tyler: During a meeting that lasted three hours at a cafe. We have countless ideas! We would say one, look it up online, and go “taken” and move on. I gave the idea that we shouldn’t make it Star Wars specific, or Podcast specific. We finally narrowed it down between ‘Chatter Squadron’ and ‘Banter Legion’ which are both basically the same name, just different words. I think we made the right choice in the end.

Me: I think that it definitely was the right call. So what’s your favorite part of the new Star Wars?

Tyler: Kylo/Ben. Zuko was my favorite character in Avatar, and Kylo Ren hit a lot of the same notes for me. I am someone who suffers from several mental health issues. That came make you feel like an outcast, even if you didn’t do anything wrong. Kylo seeing himself as a monster because of what his uncle thought of him, and the path he chose to take after that event, sent him down a dark path. He felt lost, he felt he had to be something that he wasn’t just because people didn’t know who he really was. He finally made the choice his grandfather didn’t, sacrificing himself to save the life of another. He finished what Anakin started. That is just beautiful to me.

Me: What Star Wars project has you the most excited?

Tyler: The High Republic! A whole new time period. A whole new cast of characters. A whole new era for my mind to inhabit! I think something that caused issue with Star Wars fans about the Disney Era Star Wars films is how they used characters that were already established, and what they did in a time period that already had Expanded Universe stories in it. With the High Republic, it is almost a blank slate for them to really go all out, and try new things, without having to upset a large group of fans for how they use the characters involved.

Me: Same here, definitely an unexplored period of history. If people were to want to reach out to you, what would be the best way for them to do it?

Tyler: Star Wars News on Facebook is my main page! You can also find my show at @ChatterSquadron on Instagram and Twitter, Chatter Squadron – A Star Wars Podcast on Facebook, and Chatter Squadron on YouTube! Listen to the podcast any app you use to find great audio content! Check out our latest episode, covering the Life and Slimes of Jabba the Hutt!