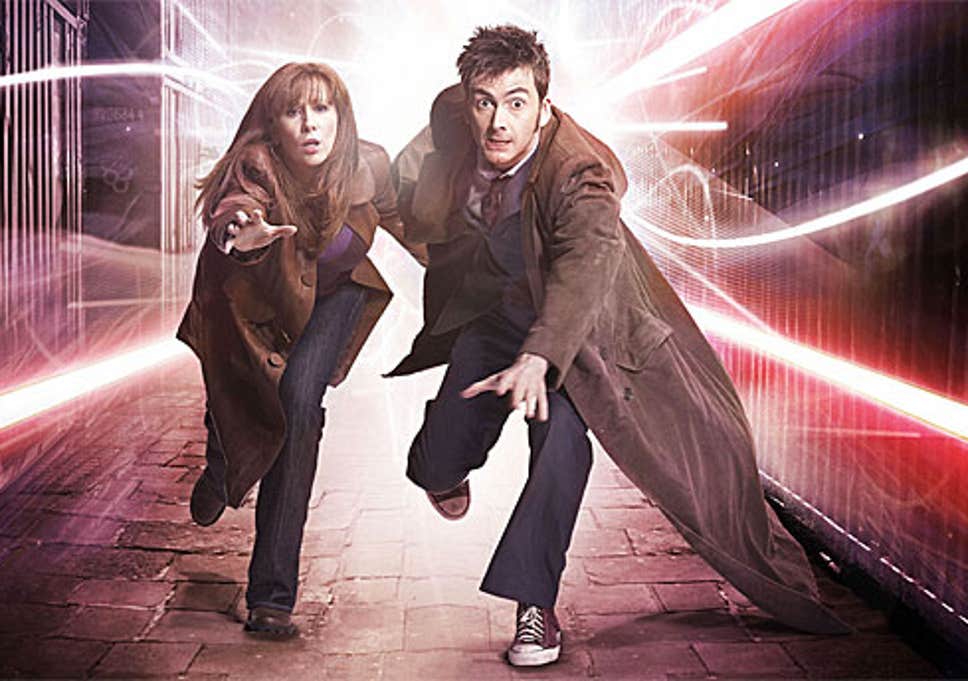 David Tennant and Catherine Tate are joining fans for a Doctor Who watchalong of the Season 4 double-episode finale The Stolen Earth and Journey’s End. From 7pm BST on Sunday 19th April, fans all over the world will start to watch the episodes via BBC iPlayer, Netflix, Amazon, other local streaming or rental services or even their own DVD or digital copies.

Adding these two outstanding celebrities is a real score for this fun event. Tennant and Tate worked very well together and provided some of the most heartwarming, and heartbreaking, moments for the show. Tennant is widely regarded as one of the best actors who took on the mantle of “The Doctor” while Tate played his sassy redheaded companion.

Tennant (left) starred with Tate (right) in the Doctor Who series. Image courtesy of the BBC.

The live tweeting will be led by David and Catherine who will be using the special twitter account set up for the Doctor Who Lockdown Watchalongs at @LockdownWho give them a follow now so you’re ready for Sunday. Russell T Davies, showrunner and writer, and episode director Graeme Harper will also be tweeting.
The Doctor Who Lockdown Live Tweet events are the brainchild of  Doctor Who magazine’s Emily Cook follow her on twitter here for updates on future Doctor Who Watchalongs. Emily is also fundraising for the COVID-19 Film and TV Emergency Relief Fund. Set up by the BFI and The Film and TV Charity, this fund will help support the creative community which has been devastated by the Coronavirus pandemic you can donate via JustGiving here.
Read more on the story and the schedule here.

More sad news was reported this morning by Comicbooknews.com. British actor Geoffrey Palmer died at the age of 93 in his home. One of...