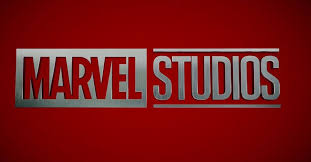 April 2019 “Avengers : Endgame” made an astonishing $357.1 million in just three days breaking the record previously held by “Avengers: Infinity War”. In July of 2019 “Spiderman: Far From Home” debuted in theaters and Phase 3 of the MCU was brought to a close. The Infinity Saga in the Marvel Cinematic Universe (MCU) was complete. Over the course of 11 years we had grown with our heroes and fallen in love with them. Honestly they could have ended the saga at Endgame and fans would have been delighted.  Now due to world events the next phase in the MCU has been pushed back but are we really ready for that? Can Disney and Marvel pull off the magic they gave us in the first three phases?

Something new they are trying this time around are mini series’ on Disney+. This includes “WandaVision”, “Loki”, “Falcon and the Winter Soldier” and several others that have only, at this time, been announced.  These will be limited series running just six episodes in length. It’s longer than a movie, but short enough to offer fans a close-ended story. Then there is the movie lineup itself. Such titles include sequels to “Spiderman”, “Captain Marvel”, “Doctor Strange” as well as the long awaited “Black Widow” solo film.

Its too much though. As the schedule stands right now according to Cinemablend.com the fans are looking at one film in 2020, four in 2021, and at least 3 in 2022 with several more that have no assigned date. What about the people that do not subscribe to Disney+? They will be missing out on crucial plot points that are sure to come up in the movies. Disney did the same thing but on a smaller scale with “Avengers: Age of Ultron”. In the begining the Avengers were fighting to regain control of Loki’s staff from Hydra. How did Hydra get it though? An argument could be made that Hydra was infiltrated into S.H.I.E.L.D at the time and it simply ended up there, but no there was a comic book called “Age of Ultron Prelude: This Scepter’d Isle” that you needed to but if you wated the full story.

Let’s talk about characters for a minute too. There is no more Iron Man and no more Captain America. Thor and Hawkeye will have their stories told out, in a limited capacity, but where is Hulk? There has been no mention of him in the new phase. With the lack fan favorite characters it will be a heavy burden for newer characters such as Spider-Man, Captain Marvel and Doctor Strange to carry the load.

Other upcoming titles such as “New Mutants” and “The Eternals” deal with subject matter, stories, and characters that regular fans are unfamiliar with. Many of the hardcore fans will know who and what they are dealing with but your fan that only enjoys the movies may be turned off by this simply because they are unfamiliar with the source material. Many of our major heroes we fell in love with gone, the necessity to watch Disney+ for the full story, and the overload of movies in the next two years we could  very well be looking at the end of the MCU as we know it. Unless the house of mouse can pull some more of that magic out of its hat it could be time for a rest from the series then a reboot that will include Fox properties such as X-Men and Fantastic Four.

In this article:Disney Plus, MCU, phase 4