A Pair Reunited For Only One Legendary Story! 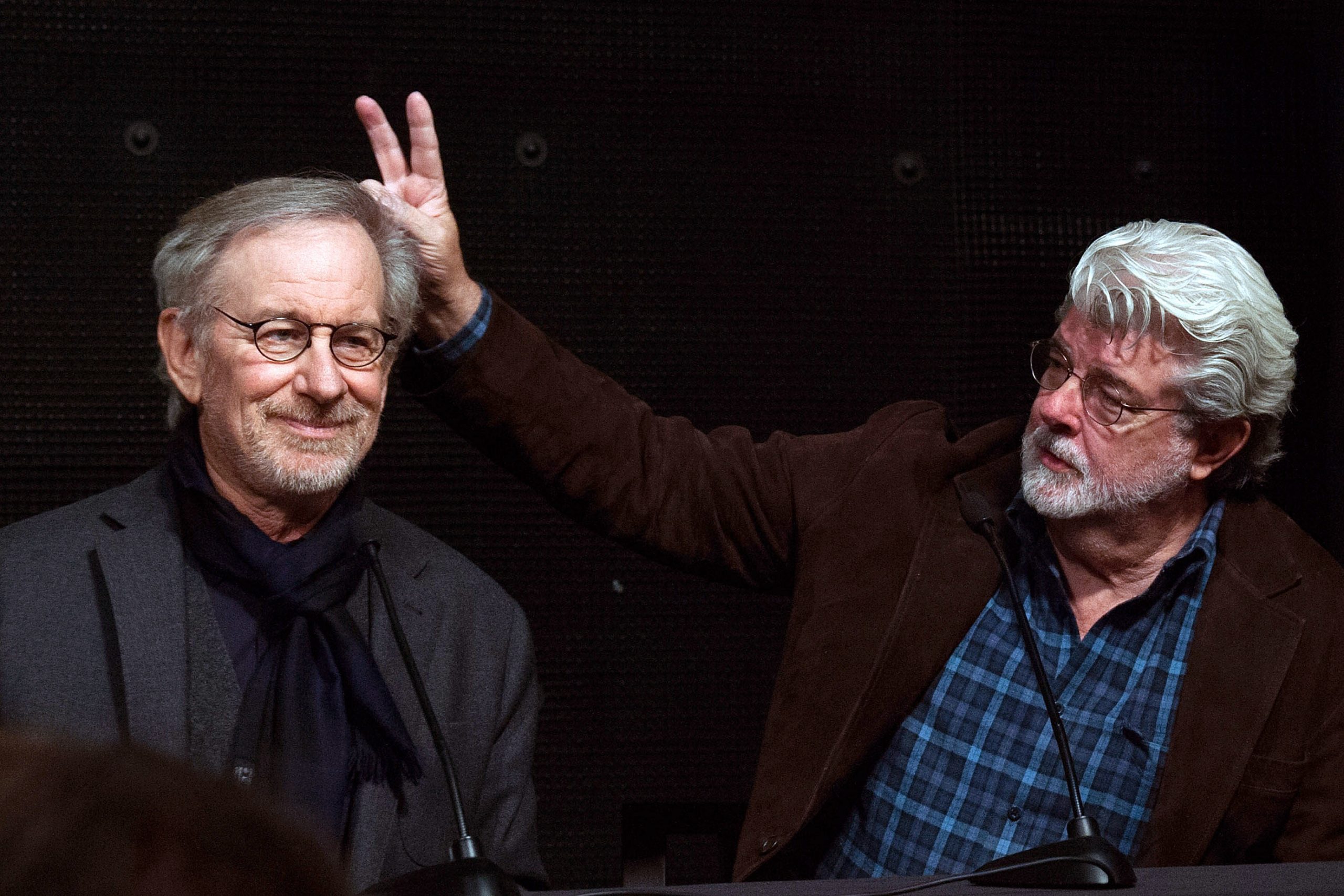 If there were a Mount Rushmore of Hollywood filmmakers, you’d have a hard time preventing stampeding hordes of fans from chiseling Steven Spielberg and George Lucas up there.

The resumes for these two begin in their Maverick days putting together movies that are beyond classics such as “Raiders of the Lost Ark” and saluting each other with nods of respect in blockbuster films like “ET” and “The Phantom Menace”. They wrote and directed movies that impacted generations of people across the planet.

Now, with one shocking announcement coming from the new head of Disney, the pair have been reunited behind the camera for a brand new Star Wars film.

“This is an absolute no-brainer,” said CEO Bob Chapek. “No one knows family films like Spielberg and no one knows Star Wars like Lucas.”

The film, dubbed “The Porgian Adventures of BB-8” is being written out at the famous Skywalker Ranch. Spielberg and Lucas have sequestered themselves inside the mansion, determined to scratch out a script and start shooting. “Geek News Now” has been told that they are maintaining a respectful distance to keep with CDC “social distancing” guidelines. Of course this story isn’t real, the headline alone should tell you that, but welcome to April and have a chuckle. Kathleen Kennedy, president of Lucasfilm, will be flying out to the Ranch this weekend to help oversee production ideas and lay out a filming schedule.

Kennedy (Left) and Lucas (Right) on the set of “Kingdom of the Crystal Skull”.

“It feels like the old gang is getting back together!” Kennedy exclaimed. “I have a whole new studio being built with green screens set up from floor to ceiling! To top it off, no JJ (Abrams)? No Rian (Johnson)? How did we not do this before?”

Star Wars fans are beyond ecstatic at “The Maker” sitting in the director’s chair once again, now accompanied by one of the most legendary Hollywood minds of all time. Although the last time they collaborated was on the last Indiana Jones movie, widely considered a disappointment, the two seem as giddy as their fans.

“We’re back in the saddle again!” the two cheered from the front porch.