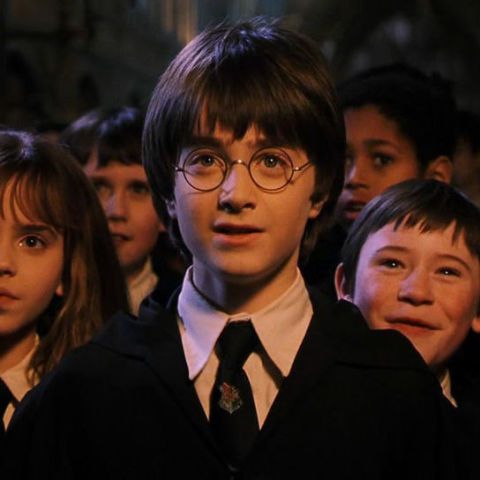 Ready to feel old? This very month, two decades ago, Chris Columbus was named the director for a brand new movie based on a children’s book that was on the rise in popularity but was not nearly the household name now. I’m talking about the $940 million box office magical hit known as Harry Potter and the Sorcerer’s Stone.

Columbus met J.K.Rowling in London and struck a deal which allowed him to direct the first two Harry Potter movies. Columbus considered directing 2002’s Spider-Man but passed it up to direct Harry Potter and the Sorcerer’s Stone.

Steven Spielberg also passed on directing the movie, so Columbus jumped on the opportunity. He had established himself with films like Adventures in Babysitting, Home Alone, and Mrs. Doubtfire but the first two Harry Potter movies were his biggest financial success. Columbus was also the only American to have directed any Harry Potter installments.

I’m a sucker for movies that actually follow the books they were based on. The first movie followed the plot line well for the amount of time that it had. There is so much content in just the first Harry Potter book, but sadly cuts had to be made to the film. If studios wanted to make a film that had every single scene on the screen, then that first movie would have been as long as the entire eight-movie series.

In the movie, Hagrid ditches Harry right before he goes to the train station. In the book, his aunt and uncle take him, seeing him leave their abusive situation into his own success. It’s a little win for him that they don’t include in the film. When the eleven-year-olds are sent to detention, Neville isn’t with them in the movie and Ron is. Ron was in the hospital wing during detention in the books because a dragon bit him, while Neville is with them, petrified, Also—Draco Malfoy insults Hagrid in the book, but not in the movie. That little moment of dialogue was something I would have loved to see. Harry defends Hagrid and starts to find the ropes of the magical world because of the bleach-headed pure blood. That’s not included in the movie. Instead, Draco insults Ron, which also happens later in the books, but it’s not the same.

I’ve seen many books turned into movies that weren’t even close to being the same. The Divergent movie trilogy is a Grade-A prime example of a film that followed the books at first before the writers did a complete 180 turn away from the original plot. Another is the Percy Jackson movies that sank after the second film. In Divergent, the books kill off the original character at the end as she saves everyone, like a Rogue One ending, but in the movies, she doesn’t. The writers of the script also made her love interest a Divergent in the movies, but in the books, he wasn’t. These might seem trivial to those who haven’t followed the books, but these really are severe changes to the very core of the lore.

Don’t even get me started on the Percy Jackson movies. The movies didn’t follow the book plot at all. In the books, Percy and his friends venture across the US to face all sorts of different challenges. In the first movie, they go to three places to find magical pearls that get them out of the Underworld after a rescue mission. The thing was—that plot detail in the books wasn’t even three pages. In the movies, the character Ares shows up once, maybe twice. In the books, he’s pulling the strings. He’s a huge antagonist.

Is he mentioned in the movie AT ALL? Hahaha. Nope.

J.K.Rowling hovered over the script writing like a hawk, which is why they followed the plot line fairly well. There is even some direct repetition of dialogue, pulled straight from the original book’s pages. However, even with Rowling’s owl eyes watching every line, it wasn’t all butterbeer and pumpkin pastries. A few things flipped my broomstick.

For one, where is Peeves?! This annoying poltergeist isn’t seen once in the film. The ghost gave comic relief in the books when it was needed and Peeves even caused some scares. He was like Fred and George Weasley, but meaner, uncaring and also dead. Yeah. That trickster-that-only-listened-to-the-Slytherin-house never made the cut.

Okay—there is one thing that actually made me upset about the movies. Do you remember when Harry, Ron and Hermione get past the three-headed dog, through the Devil Snare, and the flying keys? There was a chess match. In the book, Ron still stays behind after the chess match. Hermione goes with Harry to a fourth test and gets him through. Hermione’ s greatest achievement was cut out from the movie.

This eleven-year-old solved a riddle that was made to protect an immortal stone, the Sorcerer’s Stone. There was a fire wall, but only one person could get through. Hermione solved the riddle and chose the correct potion out of three for Harry to drink. Without Hermione, Harry would have been devoured in flames.

I am still bitter that they cut that out. They never cut Ron’s or Harry’s achievements in the last few moments of the movie, but they cut Hermione’s.

In the movies they implied that Dumbledore gave the little fire-breather to Charlie, but it’s never addressed again. Why put that in the film if they were going to leave an unanswered question? I personally love dragons, and so I remember sitting there with my arms crossed when they didn’t have any sort of struggle to get him to Charlie like they did in the books. In the movie, Hagrid says that basically, Dumbledore took care of it, but in the books, the trio runs around the castle with an invisibility cloak, trying to smuggle a baby dragon up to the astronomy tower.

Nitpicking aside, I believe they picked the actors well. According to the director, he asked each of the three main actors to write an essay about their character. Emma Watson, Hermione, wrote a 16-page English essay. Daniel Radcliffe, Harry Potter, turned in a page. Rupert Grint didn’t even turn in an essay. Basically, they were their characters auditioning to be the characters that would change the rest of their lives.

It’s funny that the screenwriter of 1984’s Gremlins would turn into the director of the first Harry Potter movie. Columbus wrote his fourth screenplay, Gremlins to Steven Spielberg, and wrote two more scripts working there: The Goonies and Young Sherlock Holmes. The director of the magical film that helped bring a magical world to life started small and worked it way up with determination and drive.

With all the actor choices, scene cuts, and script, Harry Potter and the Sorcerer’s Stone was one of the best book to movie adaptations that I have ever seen. Columbus did an amazing job, using his connections and skill. Without his deal, he may have never directed the movies at all. As Ron would put it, the adaptation was “bloody brilliant.”