REVIEW: "Sonic" Brings the Laughs, Not the Complexity 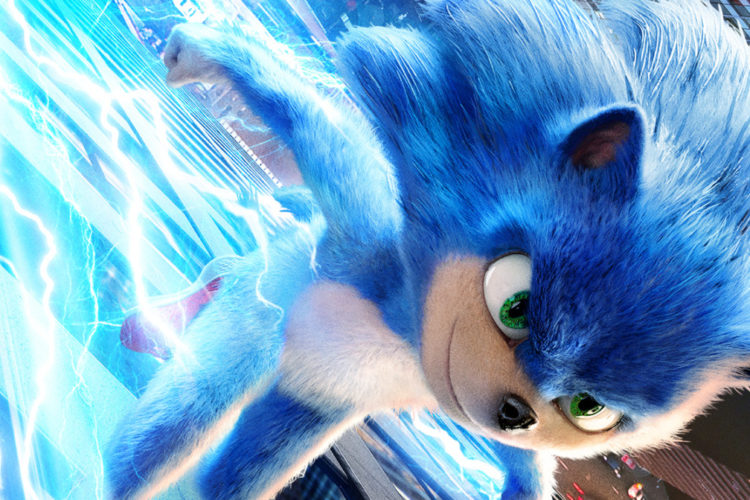 I sent that text to my writing team as I walked out of the Regal Northwoods having just seen the new “Sonic the Hedgehog” movie. Catching “Birds of Prey” the week before, I figured there was no way Hollywood could crank out two good movies, but I was pleasantly surprised. “Birds of Prey” brought some complex drama, deep characters, and revealed that humanity itself has some psychological issues.

For a movie like “Sonic the Hedgehog” it’s best to turn off your brain, bring the kids, and have a laugh.

The story is pretty basic, the ending is predictable, the exposition is rushed, and the characters are rather two dimensional. There isn’t a lot of growth and by the time the movie is over not much has changed for anyone other than Sonic himself.

However, it does hit the target audience. If you’re reading this, chances are that audience is not you. True, there are some great throwback moments and Easter Eggs in the film for people who grew up in the 80s and 90s to snicker at. Speaking for myself, I kept wondering if the reference to the dreaded “Mushroom planet” was a dig at a certain Nintendo Kingdom. Who is the target audience? To quote the great Marty McFly: “Your kids are gonna love it.”

With that being said, I give this movie a solid 7/10. It’s a good popcorn film for the whole family. Enjoy it and support the redesign! Remember how it was the fans themselves that helped bring about the overhaul of the title character. SPOILER ALERT AFTER THIS PARAGRAPH!

Remember the original design for Sonic? You wanted change, you got it!

The Good: The chemistry between James Marsters (Thomas Michael Wachowski) and Sonic is actually pretty good. It’s not easy for actors to work well something that isn’t truly there, but Marsters does a solid job. There is one moment when Sonic gets truly pissed off at Tom that seems pretty rushed and out of nowhere, but once the conflict is resolved, the “buddy buddy” nature of their relationship is solid again.

Oh good God, Jim Carrey is outstanding as Dr. Robotnik. Seriously, he’s so over the top and so evil and so cruel and so snobby and so…and so…yeah he’s tremendous. If you thought Sheev Palpatine LOVED being evil in Star Wars, then this Carrey takes it to another level. It’s the Jim Carrey we love from 90s hits like “The Mask” and “Liar Liar” with wonderful charisma and energy. Bravo good sir, just please never dance on a pole again. Thank you!

Jim Carrey brings his “A” game to Sonic the Hedgehog. Photo from the film.

The writing team should take a bow for writing up Sonic’s dialogue. Yes, Ben Schwartz (Duck Tales, Parks and Recreation) does a great job of delivering the lines, but the writers did a terrific job of giving Sonic a Deadpool type of personality, but not going overboard. I legitimately laughed out loud when Sonic would talk about “Doughnut Lord” and “Pretzel Lady”. It’s not easy writing funny AND thoughtful lines at the same time. Nicely done.

The Bad: Okay let’s get to the nitpicks. The scene with the military leaders discussing why they should or should not put Dr. Robotnik in charge is laughably bad. The nameplate for the leader in charge says “Commander” on it even though he’s clearly wearing stars (general or admiral?). In addition, the lines are cliche and even contradictory at times. The “Commander” seems eager to unleash Jim Carrey, but ends the conversation fully admitting he’s not sure if this is a good idea.

The supporting cast is nearly non-existent. The main love interest is in San Francisco most of the movie and “Agent Stone” has more lines and screen-time than most other characters, despite being a punching bag sidekick.

Do you know how hard it was to find a picture of Tika Sumpter in the movie, despite being the main love interest? So hard I went with a promo image from MovieWeb instead!

Seeing Sonic sitting on a bar-stool at a biker bar is one thing, but seeing him dancing on the floor is another. How did not one person wonder what he really was while being less than half the size of other people bobbing and weaving to music? That would seem to set up so many jokes and one-liners, but it’s never addressed.

Was the point of the incredibly short exposition just to show us Baby Sonic? I feel like the only reason they started the movie there was for Baby Sonic. We could have easily started the movie up with him on Earth whining about how he moves from planet to planet via the rings and been just fine.

The Ugly: So our beloved heroes have defeated “The Eggman” (nice touch), restored peace to Green Hills (another nice touch), and Sonic is practically adopted. Uh…wasn’t there a nationwide manhunt for our heroes, Tom in particular? The FBI was on alert, the NSA was on alert, every agency was on alert, so did they just drop the charges? Every single officer and agent out to get them was told “naaaaah forget it”?

If you live in Montana, why would you ever tell someone that San Francisco is “due west”? If you go 520 miles to the south and hit Provo, Utah, you would STILL not be able to go “due west” and hit the Golden Gate. Was Tom just being a jerk to Sonic? And yes, I did laugh out loud when Tom said he wanted to go to SF to be a “street cop”….yeah, sure.

Still, it’s a solid film and one I was glad to see in the theater. Yes you could wait for <insert favorite streaming service here> to get their hands on it, but we WANTED this redesign, we BEGGED for this redesign. Fans were beyond outraged at the first draft so go out and support your own efforts! Enjoy the theater once again, toss a coin to your animation design Witcher, and have a good time.

Get FAST news from RELIABLE sources from our home page!
Mobile users CLICK HERE!
Check out more original content from our writing staff!