"Crisis" Enjoyable, But Not Perfect 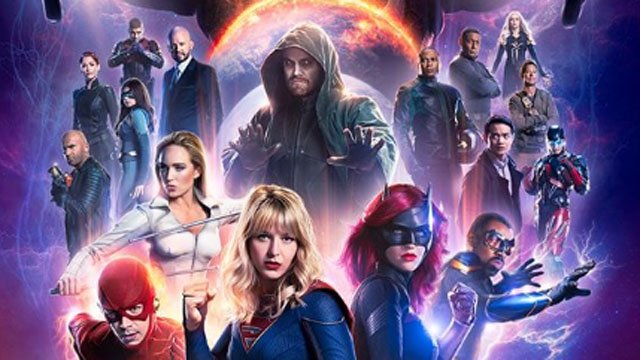 The most recent Arrowverse crossover, Crisis on Infinite Earths, was one of my favorites. The sixth annual, five hour crossover event spanned across five shows; Supergirl, Batwoman, The Flash, Arrow, and Legends of Tomorrow. Was it perfect? No, it had some good and bad moments, but I enjoyed it nonetheless! Some have compared Crisis to Avengers: Endgame. While it is similar in regards to heroes banding together to fight the big bad, you can’t compare a $300 million movie budget to the constraints of a network budget. However, Crisis did pull off more than what I was expecting. *For those who may be new viewers or readers, the multiverse is an alternate reality that exists in multiple universes, hence the different Earth#’s.  Which is why there may be different versions of the Flash, Superman or Batman on different Earths, with totally different outcomes. It is confusing and hard to keep track of. Hell, I don’t even bother trying to keep it straight anymore.

The cameos were simply outstanding! Robert Wuhl on Earth-89 (reporter Alex Knox in Tim Burton’s Batman), Burt Ward’s (Robin on Earth-66) “Holy crimson skies of death” totally cracked me up. We also got Alan Ritchson (Hank Hall/Hawk) and Curran Walters (Jason Todd/Robin) from the DC Universe TV show Titans. However, I was surprised by those cameos since they are on a different network/streaming service than the CW.

The cameos within the shows didn’t disappoint either. Episode two of Crisis gave us Kevin Conroy (Batman: The Animated Series) who gave an interesting performance as the broken, demented Batman from Earth-99, who went on a reign of terror, killing all his enemies, including Superman. Tom Welling/Erica Durance (Superman/Lois Lane) from Smallville, also made a small appearance from the show that started it all. Brandon Routh donned the Superman suit again (Kingdom Come), a nod to his portrayal of Clark Kent in Superman Returns.

The surprises were my favorite part of Crisis. The Earth-666  appearance of Lucifer (Tom Ellis) was short, but enjoyable. The most shocking cameo came in episode four while Barry Allen is searching for his friends in the Speed Force and runs into another Flash; Ezra Miller, who plays Barry Allen in the movie Justice League. Wentworth Miller’s/Leonard Snart voice cameo on the Waverider was an unexpected, but pleasant surprise. Lastly, on episode five, a tribute cameo from one of the men who wrote the limited comic series “Crisis on Infinite Earths,” Marv Wolfman, who played the fan that asked Flash and Supergirl for their autographs.

As the final episode ends, the heroes believe that there is now only one universe. But we know the multiverse still exists as we are shown: Stargirl, Green Lantern Corps, Swamp Thing, Titans, Doom Patrol, and Brandon Routh as Superman; all in their separate universes. The DC universe history was represented very well in the Crisis event.

Resurrection of a Villain

Jon Cryer’s return as Lex Luthor was a delicious surprise; one that didn’t disappoint. As usual, Lex is looking out for himself. Death has made him more determined to find a way to survive. Which of course really brings out his cunning, diabolical side. Lex wipes out Superman from Earth-96 to make himself the Paragon of Truth, of course he gave himself powers to boot. He redeems himself  by helping to defeat the Anti-Monitor. But come on, this is Lex Luthor! Redeeming himself, for a short time, was very tactical. Lex is an evil genius, always five steps ahead of everyone else to attain power. Which is exactly what he did! Lex Luthor is a hero on Earth Prime, to the dismay of those who remember what actually happened before. It’ll be interesting to see what chaos he’ll create in the future!

As I mentioned before, the crossover wasn’t perfect. Oliver as Spectre, whose powers are suppose to be “off the charts”, really didn’t live up to the hype. The Anti-Monitor and Spectre battle was basically them standing still, shooting rays at each other; very underwhelming. The Shadow Demons have the same issue. Outside of somehow killing Oliver, they mostly just knocked the heroes around and acted as more of a distraction than anything else. The Giant Anti-Monitor battle with the remaining heroes was mostly blurry, which made it difficult to watch. The biggest disappoint was the under use of Cress Williams/Black Lightning. Although Black Lightning played a critical role in the crossover, I still would’ve liked his character utilized more throughout the event.

Outside of the cameos and the return of Lex Luthor, most of my favorite moments happened during episode five (Legends of Tomorrow). Lex accepting the Nobel Peace Prize with the wink and smirk aimed at Supergirl was classic. Of course he used the Book of Destiny to his advantage, always five steps ahead! The moment of silence for Oliver showing some of the changes for the characters after his sacrifice, was poignant. Hall of Justice unveiling at the old Star Labs with the Arrow tribute and eternal flame was cool. But the moment the Super Friends theme starts playing, showing an open cage with Gleek’s name, put a big smile on my face!

Overall Crisis on Infinite Earths was enjoyable and probably my favorite of all the Arrowverse crossover events so far.  Viewers for this event was around 1.5 million, which is a decline from Elseworlds 2.02 million last year. The annual event managed to pull off an epic story line that was years in the making. The aftermath will be interesting to watch as changes to the various story lines will inevitably be affected.