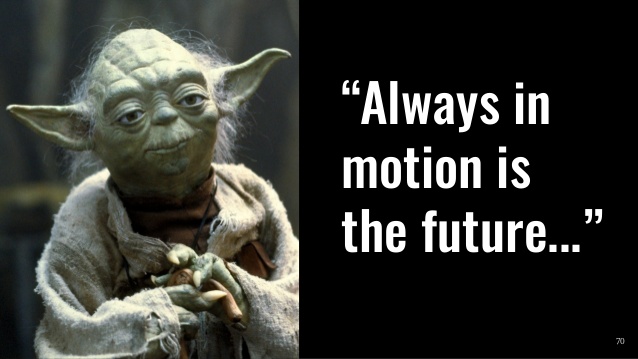 In 1985 the Star Wars universe did something that no one thought possible. There was a dark time when its relevance was greatly reduced in pop culture. It seemed to have died and kind of faded away. People would still watch the three movies but it was not everywhere and on everything like it is today. Then in 1991 Mr Timothy Zahn wrote Heir to the Empire an it was followed by a legion of books, video games and even a new line of toys. The special edition movies then came out in 1997 followed by the start of the prequel trilogy in 1999. Star Wars once again had been pushed to the front of peoples mind. Now in 2019 with the release of  The Rise of Skywalker the Skywalker films have ended…officially. So what does Star Wars need to do now to stay relevant and not enter into another “Dark Time” like it did in the 80’s?

The Mandalorian was a huge hit on Disney+ scoring a whopping 95% on rotten tomatoes and “Baby Yoda” seeming to steal every meme on social media. According to Observer.com the show was more in demand on streaming services than heavy hitters like Game of Thrones and Stranger Things. For years there had been rumors floating around about a live-action Star Wars show coming to TV. The fanbase was excited about it and couldn’t wait, however  they were to be disappointed until The Mandalorian. This seems to say that fans are ready for a string of weekly dramas introducing us to new characters and letting new directors take their turn at the wheel.

2. Show us stories from the Old Republic.

In 2003 Fans were immersed in the world of the “Old Republic” thanks to efforts of the crack team at BioWare. Star Wars: Knights of the Old Republic was released on Xbox and PC in 2003. According to several video game journals and critics alike it is considered one of the greatest games ever created. After its release on July 15, 2003, the first Xbox shipment of Knights of the Old Republic sold out within four days on shelves, which amounted to 250,000 sales during that period. This made it the console’s fastest-ever seller at the time of its launch. It was followed soon after by a sequel game as well as a huge MMORPG (Massive Multiplayer Online Role Playing Game) for online play. Fans love the stories of the “Old Republic” and would love to see more of them portrayed on screen.

3. Go back to the three year formula.

The original films came out three years apart as did the prequel trilogy. Even the animated movie that launched The Clone Wars TV series was released three years after Revenge of the Sith. Give the fans the movies they want to see, tell them a great story, and then make them wait for the following one. It gives them a chance to fully digest the movie, break it down, discuss it and look forward to the next one. The Disney era movies have come out a year apart with the only exception being the 18 month gap between Solo and The Rise of Skywalker.

When Zahn released his novels in the early 90’s it opened a flood gate of new books telling the stories of our favorite characters. Heir to the Empire reached #1 on the New York Times Best Seller list, and the trilogy sold a combined total of 15 million copies. In August 2011, the series was voted into NPR’s top 100 science-fiction and fantasy books (coming in at place 88), as voted on by over 60,000 participants. It seemed as though there was a new novel out every 2 weeks or so. People could not get enough of the “expanded universe”.Now would be the time to bring the novels back. There is a whole new set of characters to draw from and tell their story. Tell the tale of how Maz collected Luke’s lightsaber on Bespin, or how Palpatine’s offspring escaped him with Rey, or how Luke started the New Jedi temple. Tell us some more great stories from the galaxy we love in book form.

As seen previously in this article, Knights of the Old Republic was an immensely successful video game followed by a sequel and an online extension of the game. Obviously fans want more games like that and as stated we now have new characters that inhabit the universe. An online game featuring Rey, Finn, and Poe and how they rebuild the resistance would be amazing. The popularity of The Mandalorian seems to scream for a game attached to it and of course we can always hope for more Lego Star Wars games.

In this article:books, expanded universe, Knights of the Old Republic, Mandalorian, Novels