The Death of Padme: Medical Mystery or Sinister Plot? 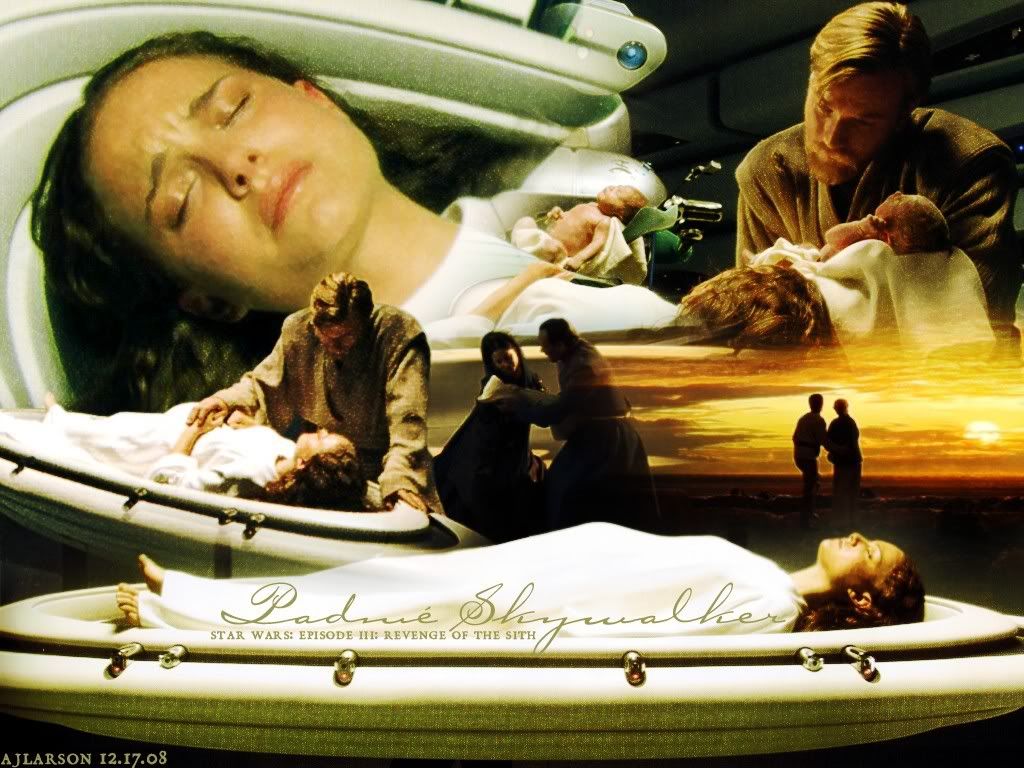 There has been a lot of speculation over the years about the true cause of the death of Padme Amidala. Many people believe that she died of a broken heart while other argue that Senator Palpatine simple could not risk her standing in the way of his grand plans for Anakin. Was her death a result of a medical mishap or something much more sinister?

A Common Theory among fans is that Senator Palpatine pulled the life force from Padme in order to bring about the rise of Vader. If you subscribe to the theory that Darth Plagueis used the force to impregnate Anakin’s mother then this is a plan 20 years in the making and to have one little tart ruin it would be seen by Palpatine as completely unacceptable way for this plan to be disrupted.

Palpatine saw potential in Anakin and had great plans for him to join the dark side. However, his love for Padme stood in the way of Anakin fully embracing that side. This created a problem for Palpatine. For Palpatine,  Anakin was as much a part of the plan as Jar Jar Binks was. For Palpatine to rise to power everything had to work perfectly with each of the pawns he had put in place. As long as Padme was encouraging and nurturing the good in Anakin then Palpatine would be unable to lure him to the dark side thus thwarting his plan. There were many attempts to manipulate and force a wedge between the young couple. But each time they came back together stronger than ever. It makes sense that at a certain point Palpatine would have wanted Padme out of the way.

Alas Senator Palpatine at this time was not the ultimate dark side wielding super power that we knew him to be in the original trilogy at this point. Furthermore, Padme gave birth in an undisclosed location only known by a very small circle of people who could be trusted with this type of secret. As we have previously discussed Padme had no tie to the force this would mean that even though Palpatine may have had a plan to get her out of the way he would have had no way of doing so.

The conspiracy theory surrounding the death of Padme is thin at best. It is most likely that her death was a result of medical complications. Giving birth to twins comes with its own risks. The Adrenaline produced by the body during child birth may have been enough to keep her alive for the birth, but it may not have been enough to keep her alive for long after. The only thing assisting with the labor was a medical droid. We also do not know if that droid would have had the necessary programming to preform additional procedures. In the Star Wars universe most droid were programmed for very specific tasks. A droid programmed to deliver a child most likely did not have the necessary programming or equipment to perform additional procedures, such as blood transfusions.

While they could replace broken body parts with bionic ones it’s not really clear in the Star Wars films how advanced medical care and knowledge was. We also do not know how much was know about women’s health. Did they know if  there were underlying health conditions  that may have resulted in a higher risk pregnancy?  These are things that are an unknown. Which means  that if one droid didn’t have the proper programming then there may have been many other health complications which ultimately resulted in her death as a result of the birth of Luke and Leia.

Do you agree or disagree with these theories? Share your comments and theories in the comments section.