Birds of Prey: What We Know So Far 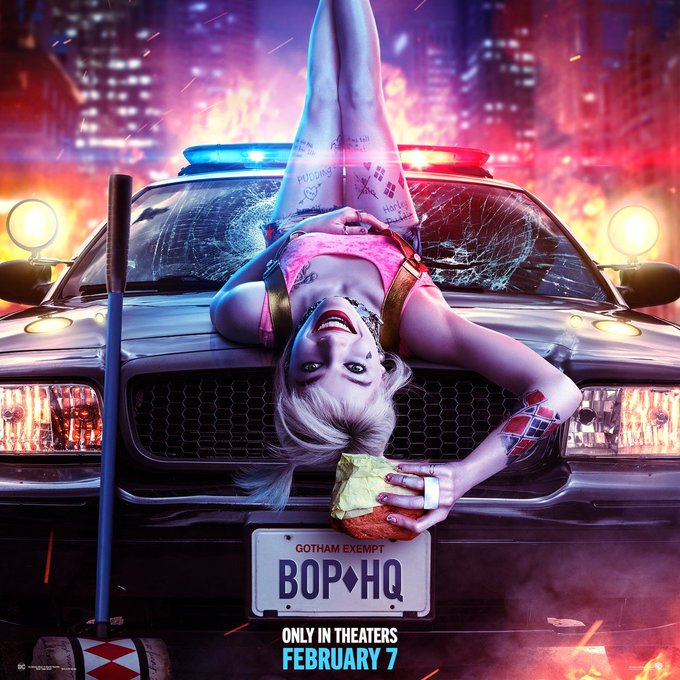 In just a few short weeks, Birds of Prey (And the Fantabulous Emancipation of One Harley Quinn), will make its R-rated screen debut. The Warner Bros. film is directed by Cathy Yan (Dead Pigs, According to My Mother) and reportedly has a $97 million price tag. Birds of Prey is a spin-off from the disastrous 2016 movie, Suicide Squad, in which Margot Robbie (Harley Quinn), was the only saving grace. Keep in mind that this is not a solo “Harley” movie, but a girl gang movie. With the R-rating, I’m expecting a lot of violence; similar to Deadpool. Without further ado, let’s take a “bird’s-eye” view of what we know so far.

Harley and Joker’s relationship has literally blown up. Harley is looking for a fresh start (emancipation), when she crosses paths with Black Canary, Huntress, and Detective Renee Montoya. Gotham’s resident villain, Roman Sionis/Black Mask and his right-hand man, Zsasz, have put a target on a young girl, Cassandra Cain, who has stolen a diamond from them. You may be wondering, what brings all these women together? Well, they have all crossed Roman in some way, which also makes them targets. They all decide that they have to work together to bring Roman down, while trying to protect Cass.

Harley Quinn (Margot Robbie) was formerly known as Doctor Harleen Frances Quinzel, who was a psychiatrist employed at Arkham Asylum and was an associate of The Joker, operating under the alias Harley Quinn. After assisting in the Joker’s escape from Arkham, Harleen was submerged in a silo of chemicals at Ace Chemicals, re-emerging as the Joker’s right hand woman. Since that relationship went to Hell, she wants to wreak havoc on Gotham on her own terms.

Dinah Laurel Lance/Black Canary (Jurnee Smollett-Bell) is a singer at Roman Sionis’ club and known for her mastery of hand-to-hand combat and the ability to turn her voice into a supersonic “Canary Cry” that can bring anyone to their knees.

Helena Bertinelli/Huntress (Mary Elizabeth Winstead) was a former mafia princess who was devastated at a young age when her family was killed in a mob hit, turning her into a vigilante.  Her primary weapon is a crossbow and likes to use violent tactics.

Cassandra Cain (Ella Jay Basco) is seen pick-pocketing a diamond from  Zsasz.  Although it has not been confirmed, this may lead into Cass being introduced as Batgirl.

Victor Zsasz (Chris Messina) is Roman’s right-hand man or a hired enforcer, who was carrying the diamond when it was stolen by Cass.

Just based off my viewing of the few trailers that are out, Birds of Prey looks like it could be a wild and crazy movie, but nothing I’ve seen so far makes me really want to go out and see it.  I do have reservations as to whether the movie will follow any of the comics or animated series in regards to any of the characters. From the trailers, it’s hard to tell, but I hope they do. As of right now, I would be very content to wait until it comes out on digital.  Variety has reported that the movie  is heading for an opening domestic weekend in the $50 million range. However, the comments I’ve read about the trailers and in other articles, are not very favorable. It’ll be interesting to see how it does opening weekend.