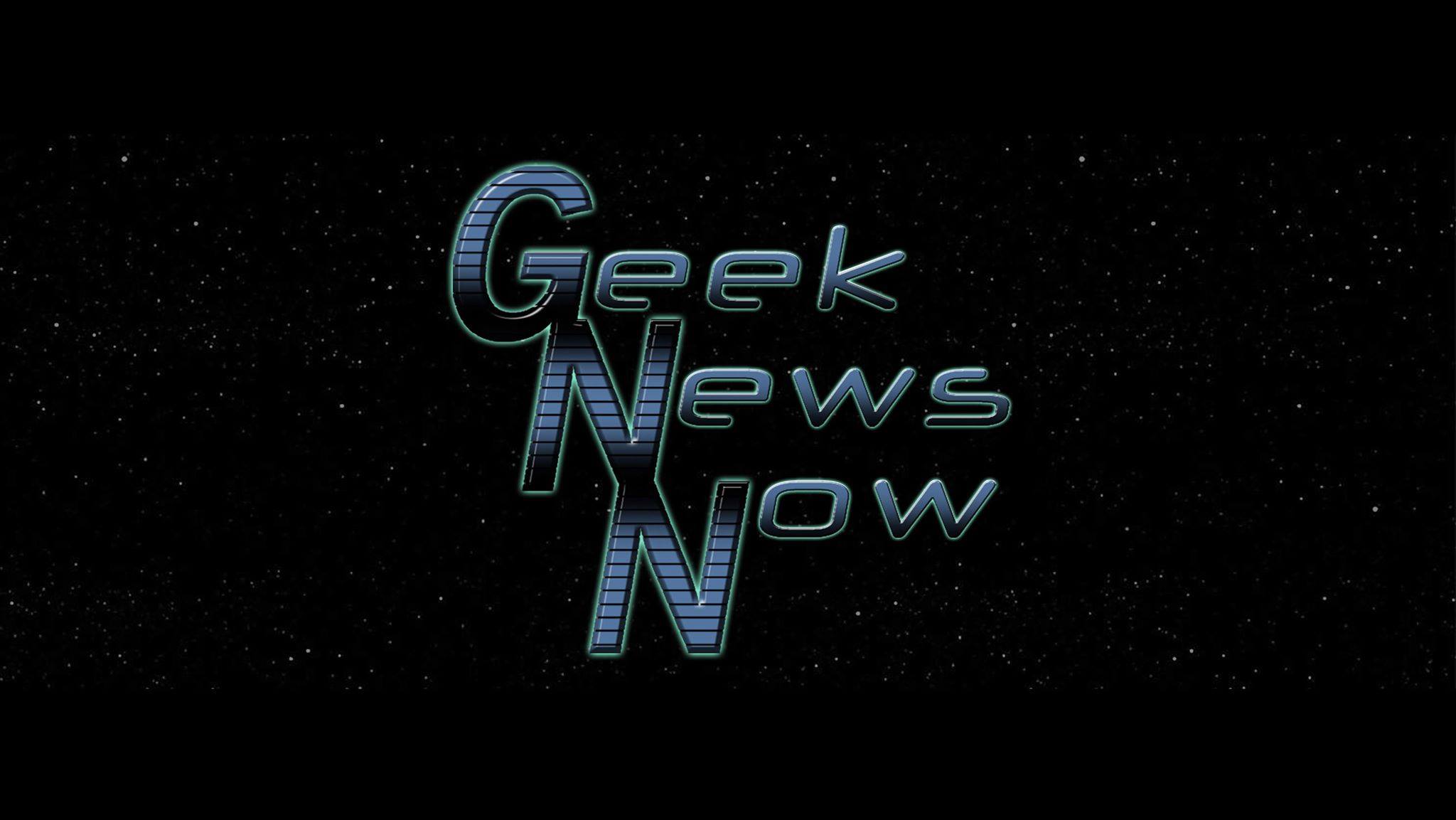 Geek News Now (GNN) put together a panel of five people and ask them five questions in regards to this new year in front of us. We’d like to thank the following people for lending their voice and opinion:

What’s the biggest lesson you learned from the movies released in 2019?

Cam: Majority of box office profit goes towards big franchises. Smaller films fly under the radar, which was always the truth but with the escalation of the MCU and other such properties, it’s becoming more apparent.

Debi: That most of Hollywood doesn’t have any creativity. Reboots and remakes seems to be the “in” thing to do. Did they sit down and ask themselves “Should we do it, do the fans want it and how do we make it better?”. I mean, who the hell thought making another “Charlie’s Angels” or the newest “Terminator” movie was a fantastic idea? I think Hollywood needs to step back, read some books or hey, maybe come up with something original!

Dana: The biggest thing that I learned from the movies in 2019 is that the name of the game is remakes, which is something I usually don’t care for, since they most often don’t get it right. But when they do get it right, they do stay very close to the original.

Tyler: Nostalgia is key. Everything from Terminator, Aladdin, Toy Story, and even Star Wars. We saw the trend continue of old being new. I don’t see that slowing down, especially as things like Disney + reign over our collective free time.

Connor: That sometimes the smaller movies can be the biggest hits: E.G Joker. Small budget, small scale, huge impact. DC made a hell of film. Yes, Endgame make the big cash, but what has left more of an impact? The Avengers or the Clown? It proves that you don’t need to be a big mega-budget, special effects driven film to make big bucks.

Will Smith as “The Genie” in the Aladdin remake. Photo courtesy of Disney entertainment.

Cam: I think quite a few will bomb, but the one I’m expecting to the most is Birds Of Prey. From the trailer the writing seems dismal, and Ewan McGregor gives the impression that he’s just there for a paycheck. The main reason people saw Suicide Squad was for the Joker, and having him absent doesn’t give much incentive to go see a follow up to a poor film.

Debi: Geez, so many to choose from! “Birds of Prey” could bomb if they approach it like they did “Suicide Squad”. “Ghostbusters: Afterlife” and “TopGun: Maverick” could most certainly bomb if they stray too far from what made the originals great. “Mulan” may not bomb, per se, but could take a hit from the fans of the original with no singing or Mushu in it.

Dana: As far as what movie I see bombing in 2020, that’s hard to say, because it depends on how well the studio does on promoting the movie. But I will say that I don’t think that Birds of Prey will do that well.

Tyler: Sonic, unfortunately. They had to go back to the drawing board after the poor choice of design of Sonic, but I commend them for making that change. I am afraid that the movie will do so poorly that in the future studios will prefer to just let projects die in post, than make changes to films for the better.

Connor: Dolittle, mainly due to marketing (and a gut feeling) it’s maybe too different from what audiences are expecting from a typical Dr Dolittle film. Then again, can’t be worse than the Dolittle sequels. Two went straight to DVD and were about his daughter.

Margot Robbie as Harley Quinn may not be enough to save the “Birds of Prey” movie from bombing.

Cam: It’ll probably fall another 2 or 3% at least; too many movies are coming out that more people are just watching through streaming apps.

Debi: Possibly 5% – 6% for 2020. I think it will continue to sink in the future. High ticket prices, sitting next to loud or stinky people in the theater no longer appeals to me. Most of the time I just wait for it to come out on digital.

Dana: As far as box office earnings, I can’t really see it dropping anymore than 5 or 6%. And I think that is more to do with people being willing to just wait for the movie to come to DVD or streaming. And with the costs involved in going out to see a movie, most people aren’t willing to pay that much.

Tyler: I foresee it being about the same, another 4% drop. My hope for theaters is that they continue to evolve. As the years go on they will need to figure out more and more ways to get people through the doors. I recently was offered cocktails at a local AMC theater while seeing The Rise of Skywalker, and I must say, I will probably go back.

Connor: Maybe 8 or 10 percent. There are a few films that I want to see, and yes there are some big blockbusters coming out. But I don’t think 2020 will be a big year, though it may help more independent and smaller films get notice and recognition.

The 2020 box office could see a big drop coming.

Cam: The Mandalorian was such an overwhelming success that fans will be foaming at the mouth for the next chapter. The Marvel shows coming out don’t seem to have very much hype behind them; Mando seems to be dominating the majority of reasons that people subscribe to Disney+ at all.

Debi: Mandalorian for sure! I also think the 7th and final season of Clone Wars will do very well. Although there hasn’t been much advertising for The Falcon/Winter Soldier yet, I think it could be a hit for the Marvel TV franchise.

Dana: The show that I think will be the biggest hit for Disney+ in 2020 will either be season 7 of Clone Wars or season 2 of the Mandalorian. It’s too hard to choose between the two of them.

Tyler: Clone Wars will feel like it’s breaking the Star Wars internet at the beginning of the year. WandaVision as well as The Falcon and The Winter Soldier will feel like it’s breaking the Marvel internet. However, the return of The Mandalorian will smash all other records this year. The first season beating out Stranger Things for streaming hours is all the evidence I need for that.

Connor: Mandalorian Season 2 or Kenobi if that’s out this year.

New Mutants, Black Widow, The Eternals will be the Marvel movies in 2020. Has the MCU peaked and on the way down?

Cam: Well considering New Mutants has been pushed back about four times… it really depends on how dedicated of comic book fans comprise the audience for these films. I think after the infinity saga, it’ll be hard to keep the fans who’ve been around since the beginning interested.

Debi: If Marvel Studios stays true to the formula of what they have used so far, I think they will be fine. Will it be as hot as it is now? Maybe, maybe not. There are so many characters and stories in the comics they have yet to explore.

Dana: I think that the MCU isn’t close to peaking. If anything it’s still on it’s way up. They’ve just scratched the surface of where they can go with the stories.

Tyler: MCU has hit a peak, yes, as they should. The culmination of The Avengers movies in 2019 needed to happen so they could take their foot off the gas. They are back to building a new empire, laying the groundwork for new heroes and their stories. They gave us familiar faces, and story lines in the past decade, but this may be the start of a new era for them, filled with fresh tales to tell.

Connor: Hmmm, I think this might be a nice breather between bigger Marvel films. Like the build up from Iron Man to Avengers. Some fun films that’ll do well; building up the next Phase/s.

A “Black Widow” movie might not be a massive success.

Demon Slayer: Infinity Train takes place after the events of the first season. Tanjiro, Zenitsu, and Inosuke are given the mission to assist Flame...

What the hell happened with Birds of Prey: And the Fantabulous Emancipation of One Harley Quinn that caused it to take a nosedive at...

I have noticed a recent trend in Hollywood. It’s a trend that I find disturbing and a little bit offensive considering that we have...