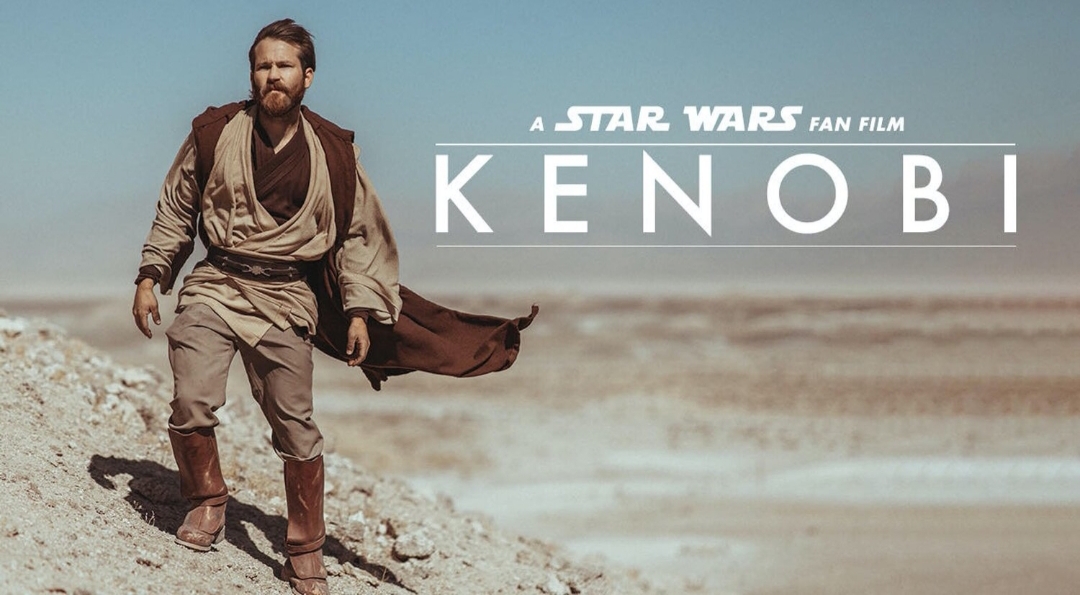 Well acted, well executed, well shot. My “Fan Film Review” this week is the brand new fan film “Kenobi” let’s have a look at how they did…

FAIR WARNING THESE WILL CONTAIN SPOILERS!!!!

This film is centered around ‘Ben’ Kenobi, set around three years after the events of “Revenege Of The Sith” old Ben is on Tatooine watching over young Luke Skywalker. Everything is calm but Owen Lars, Luke’s uncle, doesn’t like the old wizard hanging around watching the family farm. Unfortunately Ben is watching for good reason. During the film Owen and Beru are tending to one of their moisture poles, when a squad of Imperial Stormtroopers comes in and start asking questions. Ben is forced into action when they threaten the family and most importantly, they threaten Luke. With great skill and Jedi tricks, he manages to defeat the Imperial squad and save the Lars family. With the final words in the movie being “The Force will be with you, always.”

I loved this film. It’s well done, the set placement in a desert environment looks stunning, the actor portraying old Ben gives a good representation of what an Ewan McGregor Obi-Wan Kenobi would do to match Sir Alec Guinness as Ben Kenobi.

The action scenes are nicely edited, the flow very well with the story telling. The Imperial officer in charge of the squad is a good villain. He’s not just a regular movie officer. He’s very intuitive, baiting the Lars family, trying to have them slip up, unfortunately they do and just in the nick of time Kenobi comes in trying to save the situation.

Something I did find very interesting was that in most fan films with a jedi in them it’s mainly watching lightsabers verses blaster. But in this one when the Empire questions the old Jedi they find and take the lightsaber. It’s mainly hand to hand combat and wrestling trying to gain the upper hand. Only at the end of the fight does he use his saber, but due to the Imperial officer throwing sand I’m his face, Ben can only rely on the force to guide him.

Probably one of my favorite little pieces is that Kenobi doesn’t use his own lightsaber, but that of his fallen padawan. I thought that was a very interesting turn they went on. At the end of the film kenobi is shown cleaning it and locking it away in a chest, a chest that will be reopened when Luke is ready to know about the Force. He’s putting so much care into this relic from his former friend, now Darth Vader, that it is truly touching.

So for my rating I would give this film a solid 9/10. The music that they used was good. The actors in it played the roles wonderfully. I was hoping for a little more lightsaber combat at the start if the film but this movie showed me you don’t need that for some Jedi.

See you next week for my next Fan Film Review.