Bombs Away! Movies That Failed to Explode At the Box Office. 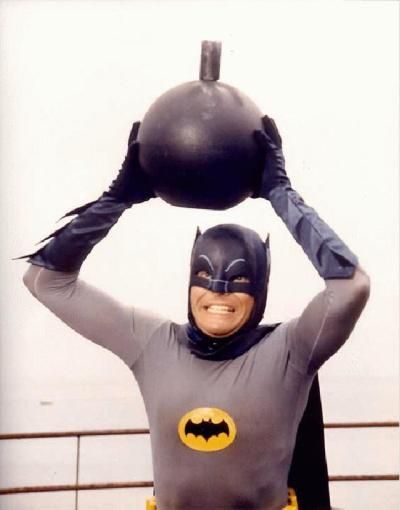 The past decade has been a stellar time for geek based movies. We have had some absolutely AMAZING additions to geekdom. An entire new generation was introduced to Star Wars on the big screen. Marvel completed most of its Infinity Saga the whole time breaking box office records and even getting a  Best Picture Oscar nod with Black Panther. There were several movies though that fell short and even ended up being looked at as some of the worst movies of all time. I have chosen a movie from each year of the past decade that missed the mark not only financially but also was a disappointment to the fans they are made for.

2010: The Wolfman:  Starring Benicio del Toro, Anthony Hopkins, Emily Blunt and Hugo Weaving this movie seemed to be Universals attempt the reboot the classic monster genre. Although it did win an academy award for best make up it only grossed $139 million world wide causing a $76 million dollar loss for the studio.  It received mixed reviews from critics, with praise for its performances and special effects, but criticism for its plot and lack of scares.

2011: Green Lantern:  Riding on the coattails of the Dark Knight this Ryan Reynolds driven film was an introduction to another DC character that fans hoped would launch a Justice League movie. When the movie was released though it was criticized for its over use of CGI, lack of plot, and portrayal of villains. It now considered as one of the worst movies ever made.

2012: John Carter This movie, based on A Princess of Mars, is the first book in the Barsoom series of novels by Edgar Rice Burroughs. With a total cost of $350 million, including an estimated production budget of $263 million, it is one of the most expensive films ever made. Due to the film’s poor box office performance, Disney cancelled plans for a sequel, titled John Carter: The Gods of Mars. Although the film grossed nearly $300 million worldwide, it lost a considerable amount of money due to its cost. Paul Dergarabedian, president of Hollywood.com, noted John Carter’s bloated budget would have required it to generate worldwide tickets sales of more than $600 million to break even … a height reached by only 63 films in the history of moviemaking”.

2013: The Lone Ranger: With names like Johnny Depp and Armie Hammer attached to this movie it still could not be save from box office doom.  It grossed only $260.5 million worldwide against an estimated $225–250 million production budget and an additional $150 million in marketing costs. The world must not have been ready fro this retelling of the classic cowboy hero.

2015: Tomorrowland: Disney may be all powerful and own everything but that doesn’t mean it doesn’t make bad movies. This George Clooney picture is Disney trying the “cash in on rides and attractions” movies. The film grossed $209 million worldwide against a total production and marketing cost of $330 million, losing Disney $120–140 million. The first pirate movie was pretty good but then we got The Haunted Mansion and Tower of Terror. Lets hope the up coming Jungle Cruise does better.

2016: Ghostbusters: Answer the Call: What to say here. I, as a fan, was really looking forward to this one when it was announced. Then came the news that it was not a sequel but a hard reboot. The dry witty comedy of the original movies as well as the somewhat serious tone was thrown out the door for a slap stick romp that seemed to drag on for too long. It was however announced that a sequel to the originals would be released in 2020.

2017: Justice League:  It was hard to choose between this one and Blade Runner 2049. but Justice League won out in the  end. This was DCs attempt at catching up with the MCU. The main problem was that we as fans were not introduced to the characters the way Marvel did so that when they were in trouble we had no connection to them.  Plus the use of an obscure villain, the switching of directors mid movie and the fake Superman mustache just made this hard to watch.

2018: The Mortal Engines: A post apocalyptic film from the director of The Hobbit and Lord of the Rings movies. Its based on the young adult novels that were released in 2001. It was the biggest box-office bomb of 2018 and as the writing of this article one of the 10 biggest of all time.  Total money lost on this movie was $175 million. Most critics praised the special effects but criticized the direction and the screen play.

2019: Dark Phoenix: A disappointing end to the series. Although after X-men Apocalypse what could you expect.  It grossed $252 million worldwide on a $200-million budget and became the lowest-grossing installment in the series. It also received generally unfavorable reviews from critics with various critical takes; many viewed it as a disappointing and anticlimactic conclusion to Fox’s X-Men series, though Hans Zimmer’s score was praised.