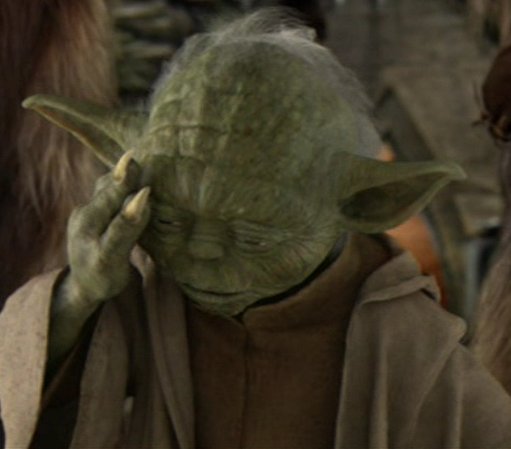 When Disney Plus first debuted and hit the streaming waves, Star Wars fans clamored for one series above all others. Several episodes in, and “The Mandalorian” became the smash hit Disney was hoping it would be…and more. It gave the House of Mouse a revenue-generating bonanza that was ready to spawn in the form of an unrelenting flood of merchandise.

We don’t know his name, don’t know if he can talk, and we’re reasonably sure we’ll stop calling him “Baby Yoda” at some point, but for now he is lighting up the Internet. Everyone wants a plush, a mug, a Funko Pop, anything and everything they can get their hands on as long as that cuddly little green-eared ball of cuteness is on it.

Initially, the powers behind…seriously how cute is it? I WANT ONE…The Baby Yoda Show wanted no merchandise for fear designs would leak and spoil the show. Then, Star Wars fans were overjoyed to learn that, yes Virginia, you could get Baby Yoda merchandise in your stocking this year. Today, we saw what we had waited, and yearned, for so long.

The pictures don’t do it justice. The company that is well-known for licensing merchandise across the globe faster than Saint Nick himself could have been in a position to rake in millions of dollars from just this one character, but instead they gave us this? Surely even if they didn’t want to sell merchandise too close to the debut of The Mandalorian, there would have been SOME plans in place to exploit…awww he’s just too cute…the heartstrings of the fans.

“How could they not foresee baby Yoda being a hot item for Christmas??” asked Debi Barton.

“Just screening the exact same image on merchandise found at any regular print shop is a very attempt to fill demand on a moment’s notice,” added Charles Kehler from Canada. “It’s not worth the hour drive to the closest Disney Store.”

“It’s just copy and paste one image onto a bunch of stuff? They had WEEKS to put ANYTHING together and they did what I could have done on Microsoft Paint?” said Robert Mitchell.

Multiple fans are reacting and putting their disappointment on full display all across social media. No doubt, the outcry is strong with this one. The biggest question is why? Why would Disney crank out this one design? Why aren’t there even pre-orders for a plush? Maybe you can’t buy one now, but you could at least give your child (or yourself) the joy of knowing one is on the way at some point.

It almost reminds me of another shortsighted merchandising campaign, but one that showed at least a little heart and empathy.

Advertised on television and in newspapers, the Early Bird package retailed for around $10-15 and contained a Star Wars Space Club membership card, a cardboard display stand depicting 12 Star Wars characters, and a rather apologetic set of stickers. Most importantly of all, there was the certificate itself: a postcard which, when filled in and sent off, promised to send back a set of four Star Wars figures before the spring of 1978.