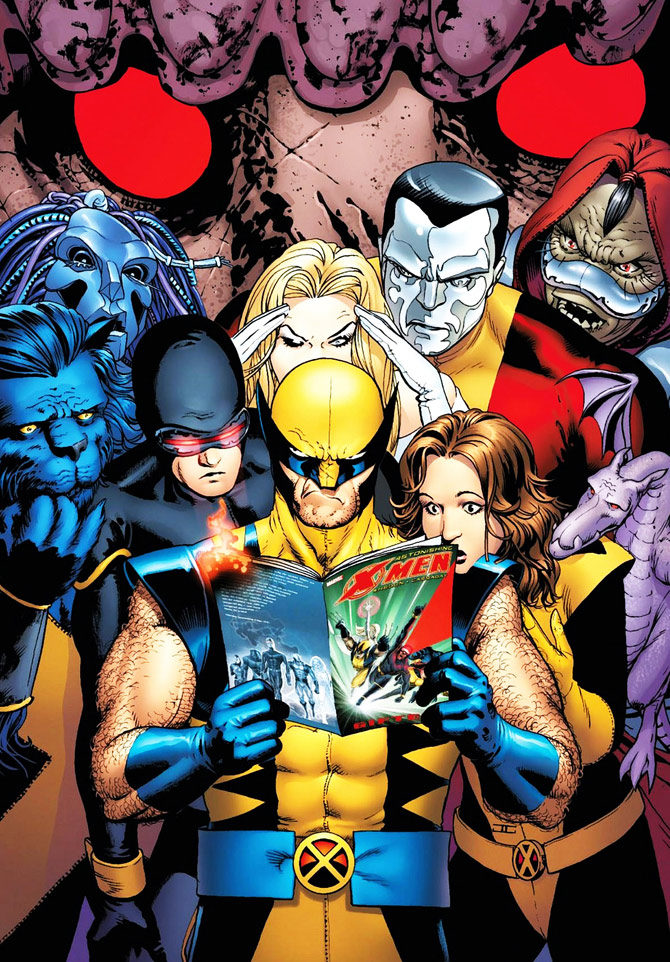 These are some of the hot writers and artists in comics right now. Personally some of the best talent since the 90s. Or at the very least equally talented in my humble opinion. And if you read on, you’ll understand why.

Johnathan Hickman is easily the hottest writer out there right now, and John Cassaday one of the hottest artists out there.

Here’s an example of what Johnathan Hickman is currently working on for Marvel Comics. taken from wikipedia. These are the examples of their work that I used to formulate my opinion.

And here’s an example of what John Cassaday most recently did  for Marvel Comics.

I will be doing a second part of this article to compare them to some writers and artists from the mid 80s to the mid 90s. And I imagine you’re wondering what I mean by hot, well I’m glad you asked. By that I mean two things, the first being that they’re very talented. And secondly I mean very popular. Both of these attributes are very important in the comics business. Because they are part of what helps the company’s business. In the second part of this article I will give examples of their work to help compare them to the creators of the late 80s and early 90s.

And in my opinion the thing that makes them hot is their talent and abilities. While they’re equally talented as a lot of who I enjoyed in the late 80s and early 90s the biggest change is in the way that the art is done. Back then it was pen and ink on paper, and now it’s mostly done on computer. And while I enjoy them both, I prefer the old style way, it just feels more organic.

Here are some examples of Johnathan Hickman’s work

Johnathan Hickman’s Avengers and some of John Cassaday’s work.

These examples to me definitely show the talent and ability that they both have. While they may appear similar, there are definite differences there. And to me it comes down to the fact that high quality art will always make a good story even better. And with these two artists their work speaks for itself.

And again, I want to stress my definition of  “hot” what I mean by that is two things. The first being that they are currently very popular, which is very important in comics. And secondly they’re both very talented, which in turn feeds into their popularity. Which in this business determines how well you do. And another part of my opinion is that you only see this kind of talent maybe once a decade or so.