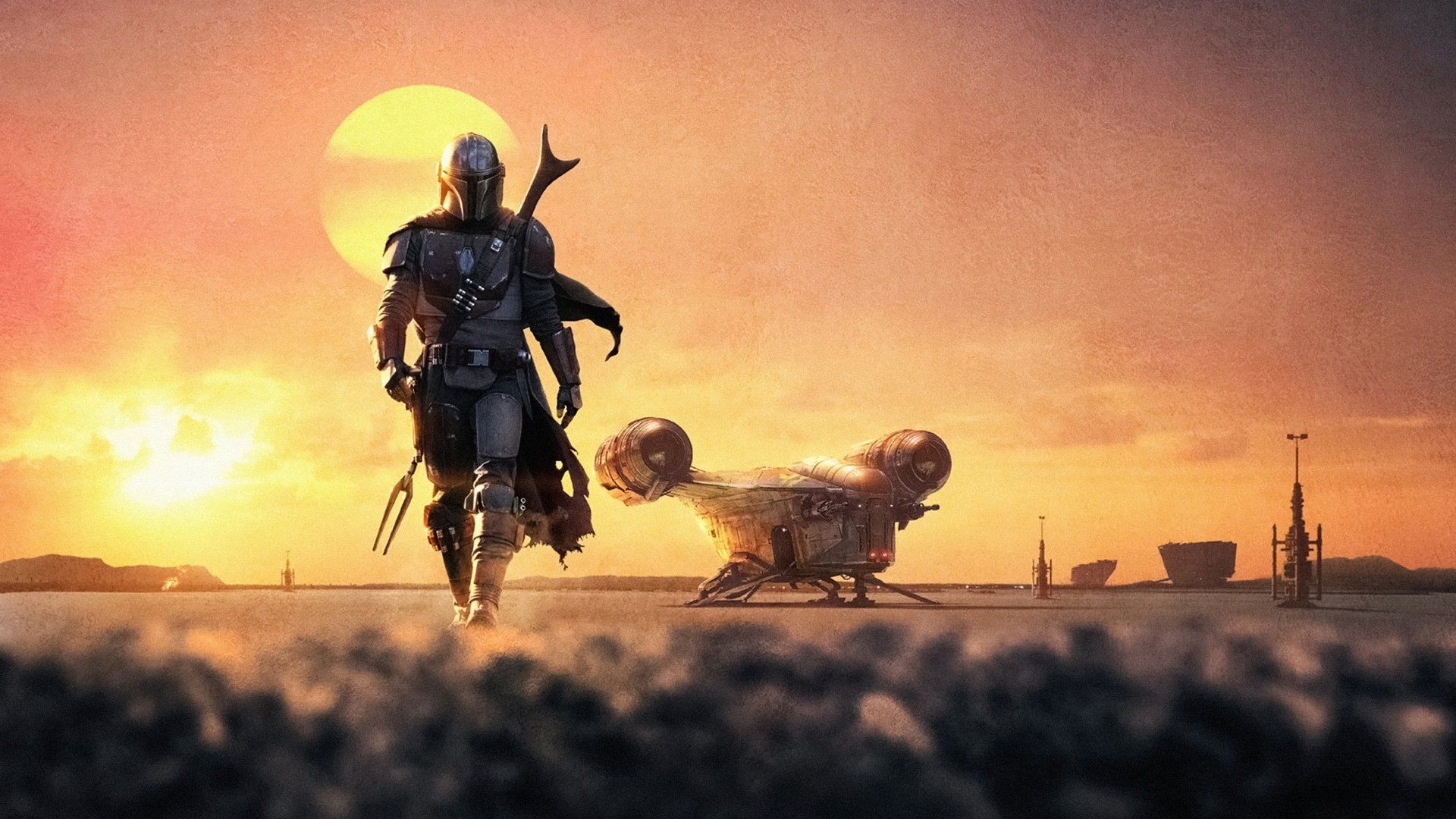 Whenever a new Star Wars project is released, I hear some variation of this statement. Be it arguments over Disney Era vs Lucas, Theatrical Cut vs Special Edition, or Mr. Plinkett exclaiming that The Phantom Menace is “the worst thing since his son”, dissatisfaction runs rampant across social media, with fans raging amongst each other about whether or not what they just saw was an excellent addition to the franchise, or some kind of offensive assault on their childhood.

But in a welcome change of pace, there is almost unanimous praise for the new Disney+ series The Mandalorian. With only two of an eight-episode season released, (and a 3rd out tomorrow) people are already declaring it to be the greatest thing to come from the franchise since the Original Trilogy, followed curtly by new character Kuiil’s refrain “I have spoken.” But is The Mandalorian truly deserving of such praise, and what sets it apart from more divisive tales in the Star Wars universe?

The most important ingredient in a successful Star Wars story is great characters, with clear motivation, relatable struggles, and emotional depth. No matter how action packed a story is, if the audience isn’t given a reason to care about the characters, we have no emotional connection with their journey, and the story suffers as a result. Now where Star Wars has struggled at times is in the filmmaking principle of “show, don’t tell.” Often, we’re simply told about who characters are through unnatural expository dialogue. But honestly, backstory isn’t that important in Star Wars. Think back to the Original Trilogy, what did we learn about the Emperor in Return of the Jedi? Basically nothing, he didn’t even get a name before he was chucked down a giant hole. But it didn’t matter, we knew he was an evil, manipulative, and powerful figure through his actions and Ian McDiarmid’s performance. Same goes for most of the other characters. Telling us who characters were was largely unnecessary because they showed us who they were.

So, what have we been told about the titular Mandalorian? Given that his name hasn’t even been mentioned on screen yet, I’d say appropriately little. He’s a foundling, expensive, and Apollo Creed says he’s the best in the Parsec. But despite never seeing lead actor Pedro Pascal’s face, he conveys a good amount of depth in a stoic character. He’s upset that available work won’t cover fuel costs, donates some of his beskar to sponsor foundlings, gets frustrated by adversity, and while we’ve yet to be given any indication that he won’t complete his mission, he shows enough heart and empathy to protect a fellow foundling from being killed (RIP IG-11). With ¾ of the series left to go, I’m happy with the amount of characterization that’s shown in the performance, and honestly, I hope we never even see his face. Pedro Pascal might be handsome, but it’s just not important.

The supporting characters are also strong, with similar minimalism used to establish their identities. The standout in my opinion is Werner Herzog as “The Client”, who is always a joy to see on screen. The filthy stormtroopers guarding him allude to his background and motivations, along with his line about restoring the natural order after a period of such disarray, but his scenery chewing performance really steals the show. Taika Waititi (director of “Thor: Ragnarok”) also leaves me in anticipation of his directorial work on chapter eight, as he lends his great comedic talents to bounty droid IG-11.

Speaking of IG-11, he did have a motion capture actor, but he’s so well integrated into the scene I’m convinced he must’ve been at least partially portrayed with physical props and puppeteering. This is another important element of a Star Wars story: blending different types of visual effects to create a lived in, believable universe, rather than an overabundance of CGI that makes it look like characters are in a video game. I can’t think of a single scene in either episode where I could tell a green screen was used. Not to say there wasn’t one, but it wasn’t obvious.

Baby Yoda appears to be a mix of puppeteering and CG as well (I know it’s not Yoda, but until they give it a name or identify the species that’s what I’m calling it). Physical sets, creatures, and props were obviously a priority over CGI, and while that might’ve been partially determined by budget, it never feels cheap, and ultimately works to the show’s benefit.

Another area the show shines through being more subdued is its action. Not only does it prioritize a slow burn plot instead of just using it as an excuse to shuttle the characters from one action scene to another, the action displays an important quality that is often lacking in Star Wars: the danger of fallibility. While the lightsaber duels in the prequels are a sight to behold, it often seems over choreographed, and I just feel like I’m watching a dance. And while everyone is supposed to be a skilled warrior at their peak, you run the risk of ruining any sense of tension by making them too good.

For comparison, look at the John Wick movies. John is clearly shown to be one of the most dangerous people in the world, but how does he look at the end of each film? Bloody, limping, and one mistake away from death. Imagine how different those movies would feel if John was so skilled that almost no one could touch him, and he ends each movie practically unscathed. The action wouldn’t really have the same impact.

Our Mando might not be half dead (yet), but from the first action scene we’re shown that while highly skilled, he’s not perfect, as a blaster bolt hits his shoulder before he cuts a thug in half with a door. He then proceeds to be shot by IG-11, temporarily overwhelmed by the guards around Baby Yoda, electrocuted by Jawas, and rag-dolled by a space rhino. This fallibility is important, because that builds up the tension. Unlike the dancing of the prequels, we’re hanging on every hit from the rhino, every shot grazing armor, wondering which mistake might be the last.

Along with this delicate balance, the action is well helmed by the directors, who seem to understand that unless you’re Paul Greengrass making a Bourne movie, shaky cam has no business in your production. Fights are not only well choreographed but shown to us in wide steady shots that allow us to clearly follow everything that’s happening, unlike many lesser action films that use shaky cam to hide bad stunt work.

My only negative is that the show feels like it was made to be binge watched. Akin to many Netflix shows that drop a whole season at once, the show’s structure gives me the impression that it was originally meant to be watched in one sitting, but that someone decided later to release it weekly so people couldn’t just binge it on their free trial and cancel. While understandable, it leaves a bad taste in my mouth as a moment of corporate interest coming first in an otherwise artistically led project.

Despite giving the show basically nothing but praise, I won’t say that it’s the greatest thing since the Original Trilogy, but that’s only because it’s not done yet. The Mandalorian shows promise and has the potential to be one of the greatest additions to the franchise since 1983, we just need to see if it follows through. While I love the slow burn storytelling now, that might work to the show’s detriment if it turns out that they’re spinning their wheels to pad out a weak story. Baby Yoda is adorable, the characters are engaging, the story is intriguing, and I appreciate how familiar Star Wars imagery is integrated, without feeling like fan service forced in to distract from a lack of substance. I would just hate to see a repeat of shows like Game of Thrones or Lost, gripping millions with epic storytelling, only to infamously botch the ending.

As a final note, I must give an enormous amount of credit to the creative team for keeping Baby Yoda secret. This may seem like it should just be expected of a good production, but it rarely actually happens. Think about how often a movie will give away important plot points in the trailer, no doubt as an ill-conceived attempt to sell more tickets, or subscriptions in this case. And when you consider that Star Wars basically invented movie merchandising, it’s a wonder that new toy releases didn’t spoil the show by flooding the market with Baby Yoda toys the day the it came out! It’s a testament to the trust that Disney has in Jon Favreau and his team.