"You Wake Up in An Asylum..." Panelists Focus On Why Mental Health Horror Tropes Are Harmful! 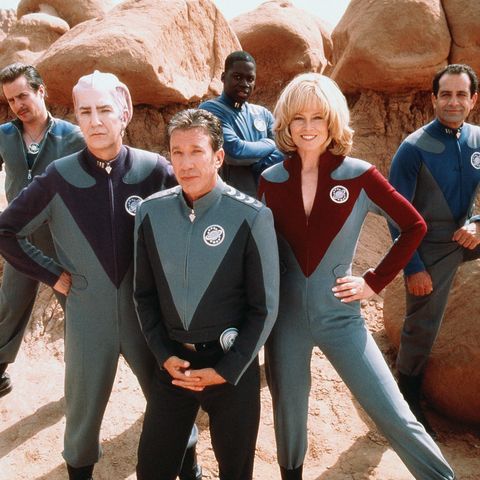 “Never give up! Never surrender!”

Those words have echoed through the fanbase of the sci-fi film “Galaxy Quest” for nearly 20 years. Now, those same die-hard fans can enjoy a return to the theater on Nov. 26 for one night only in Never Surrender: A Galaxy Quest Documentary. Fathom Events and Fandom present the theatrical premiere of the documentary, which includes exclusive behind-the-scenes footage and a 10-minute introduction featuring the cast members of ScreenJunkies.

Surviving a set fire, the loss of a powerful director, and a studio that didn’t understand what it had, Galaxy Quest turned into a pop-culture phenomenon that would “never give up, never surrender.” As the movie, which premiered on December 25, 1999, nears its 20th anniversary, Never Surrender: A Galaxy Quest Documentary explores how the science-fiction comedy became an enduring fan favorite, a movie that helped launch the sci-fi- and fantasy-driven movie and TV industry that dominates global entertainment today.

The documentary features the film’s stars, including Tim Allen, Sigourney Weaver, Justin Long, Sam Rockwell, Tony Shalhoub, Missi Pyle, Rainn Wilson and Daryl “Chill” Mitchell, along with director Dean Parisot, writer Robert Gordon, and a legion of celebrity fans sharing their reminiscences and appreciation for this beloved film. Among the celebrities who appear in Never Surrender: A Galaxy Quest Documentary are Wil Wheaton, Brent Spiner, Greg Berlanti, Damon Lindelof and more than a dozen other notable filmmakers, craftspeople and entertainment-industry observers who offer keen insight into the ways, both big and small, that “Galaxy Quest” has had lasting impact and developed a fan base that extends around the world.

Tickets to “Never Surrender: A Galaxy Quest Documentary” are available to the public at FathomEvents.com or at participating movie theater box offices. The event will be presented in more than 600 movie theaters across the country at 7:00 p.m. local time on Tuesday, November 26, through Fathom Events’ Digital Broadcast Network (DBN).

You can read more about this here.