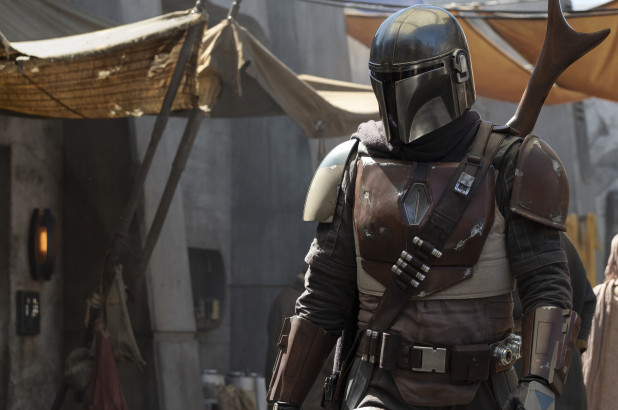 The Mandalorian star Pedro Pascal has revealed the real name of the titular bounty hunter that he portrays in the new Star Wars spinoff series on Disney+, far sooner than expected.Speaking in an official TV interview for the series, shared on YouTube via ScreenSlam, Pascal opened up about his eponymous character, claiming that his full name is “Din Jarrin”. Or, at least, that’s what it sounds like; it is difficult to decipher the exact spelling from the audio and pronunciation.

At the 2:30 mark in the video, the actor let slip the true moniker of his helmeted hero, which fans did not expect to discover for some time. In fact, many believed this detail would only drop midway through the first season, especially as it had been teased that Fennec Shand would tell the mysterious Mando his name would become “legendary” in a scene later on in the series.

Pedro Pascal (left) plays The Mandalorian (right) on the Disney Plus streaming service.

“[He]’s your iconically cool, flawed, mysterious, loner gunslinger that harkens to the best of the samurai movies and the westerns,” he said about his character in the show. “In talking to Jon, I asked him what should I be looking at? I know he loves movies, I love movies. ‘What would you like me to watch?’ I asked him. “[Jon Favreau] immediately brought up Sergio Leone and Akira Kurosawa’s Yojimbo… So [the Mandalorian] is very samurai, Clint [Eastwood], and me.”

Star Wars and Spaghetti Westerns? Now that sounds like an epic combo that the fans would embrace, given their love for the gritty “Rogue One” film. This show certainly didn’t waste time relaying a more adult tone that differs from what we have seen from previous shows like “Rebels” and “Resistance”, which I’m all for. The fanbase has grown up and they should have a show for the older crowd.

Get even MORE news from our home page!

In this article:Disney Plus, Mandalorian, Star Wars