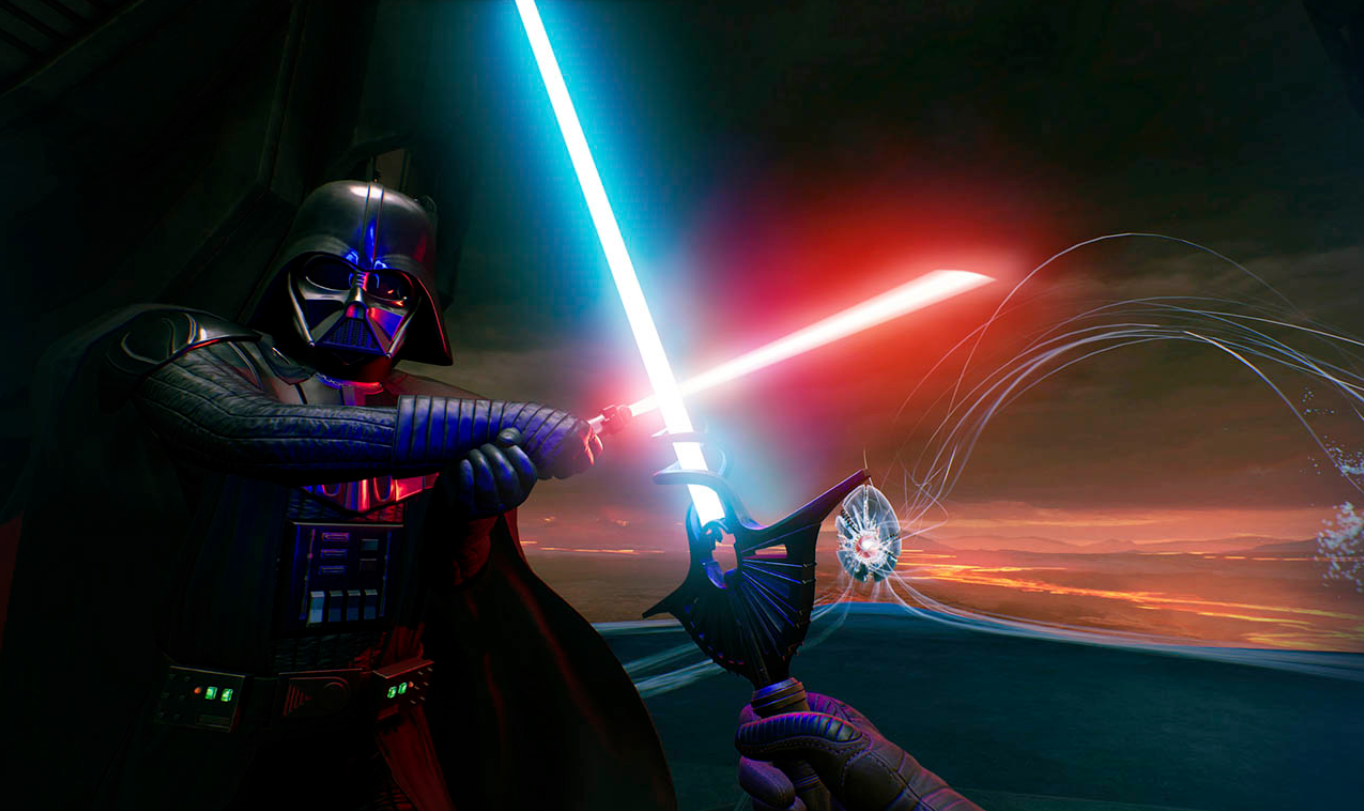 You can now duel Vader himself.

“Vader Immortal” was released on May 21st of this year and fans were overjoyed at the immersive VR experience. You are a smuggler operating near Mustafar, the fiery world Darth Vader calls home. When you are unexpectedly pulled out of hyperspace, you find yourself uncovering an ancient mystery at the behest of the Sith Lord himself.

Now? With the release of the latest edition to the game, you can duel the Dark Lord himself.

“This has been one of the best experiences of my career, and many on our crew feel the same way,” director Ben Snow tells StarWars.com. “Vader Immortal has shown that there is an appetite for this type of storytelling in virtual reality, and we’re so happy that people have enjoyed it as much as they have.”

“It is the culmination of a journey that began back in Episode I, when your ship was pulled out of hyperspace and you were locked in Vader’s castle,” adds producer Alyssa Finley. “This makes for a slightly longer episode, but there is a lot going on. In addition to the ancient lightsaber and Force powers that we’ve acquired in the previous episodes, you are able to grab and use blasters dropped by stormtroopers, fight air-to-air on skiffs, and start a battle in Vader’s castle between The Marching Horde droid army and the Imperial battalion stationed on Mustafar.”

Virtual Reality gaming has struggled to get off the ground, despite innovative and groundbreaking visuals that really do make you feel like you’re there. There have been some terrific games such as Batman VR, Moss, Beat Saber, and even Rick and Morty getting the VR treatment.

But this is on another level. Actually dueling the most iconic character in Star Wars history should grab the attention of every fan out there. If you haven’t joined the VR crowd, it is time to grab a visor, grab a saber, and take your best shot.

Read more here and then buy the game!