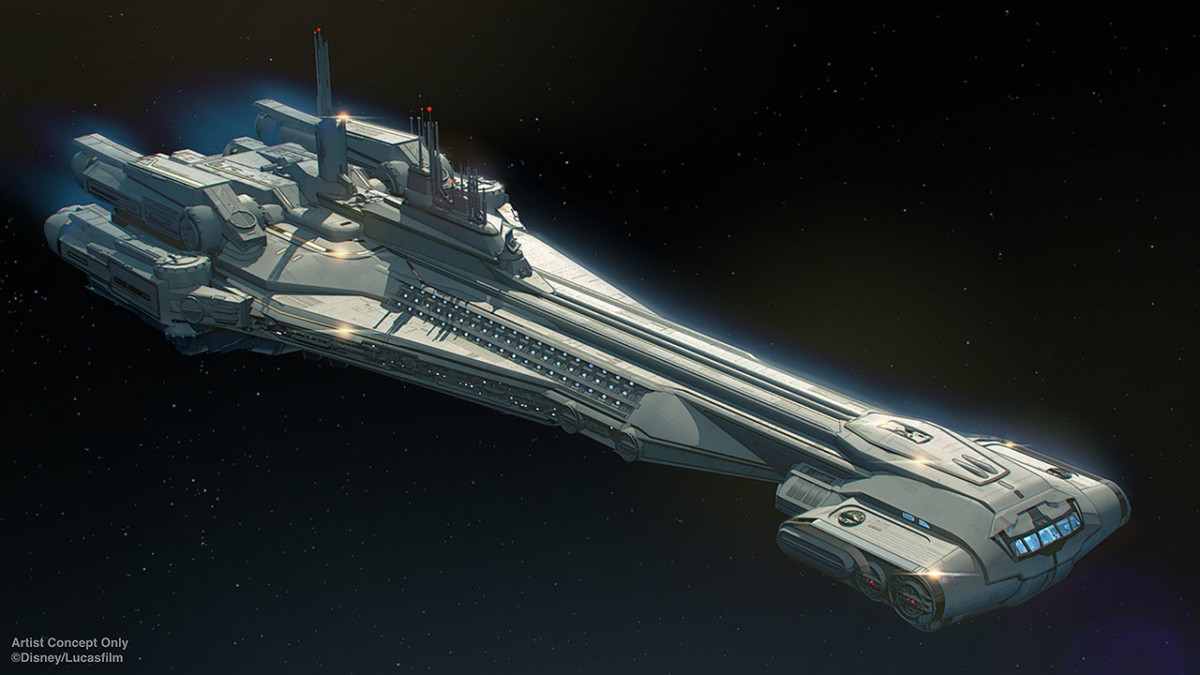 A long time ago, in a galaxy far, far away…

Disney went all in when they acquired Lucasfilm in 2012. It seems half a lifetime ago when Jabba the Hutt put on mouse ears, but Disney promised a truly immersive experience in the years to come. Fast-forward to today and we see aerial photos of the spacious hotel resort being built on Disney property in Orlando, Florida.

The hotel’s direct entrance will be located between the Millennium Falcon: Smugglers Run and Star Wars: Rise of the Resistance attractions. It appears the structure will be accessed by way of a small bridge over a drainage ditch. Two roads then lead over to the service building and the resort’s porte-cochère (also known as the Galactic Starcruiser Terminal) respectively.

This coffin-shaped entrance is the aforementioned Galactic Starcruiser Terminal, where guests arriving can unload their belongings and travel through the pre-show into the Halcyon’s atrium. Those traveling to Batuu will be transported via heavily modified buses known as intergalactic transports, which will depart from a launch pod off the side of the main building.

The design of the hotel is rather straightforward, with four main components: the Galactic Starcruiser Terminal, the main show building, which will contain the ship’s atrium, bridge, as well as all of its dining, shopping, and amenities, the guest cabins along the long stretch in the back, and the side service and administrative building off to the right, which will take care of all the backstage elements like linens, maintenance, and food and beverage support.

Especially now that we’re seeing the Galactic Starcruiser take shape, forking over the credits to stay here is becoming less and less of an issue for Star Wars fans, and more of an epic financial goal for many travelers. But how much will it actually cost? Pricing for a 2-night/3-day stay starts at $3,300 for one person, or just over $1,000 per person, per day. You can read more on expected pricing for the experience here.

Read the full story and see all of the photos here.